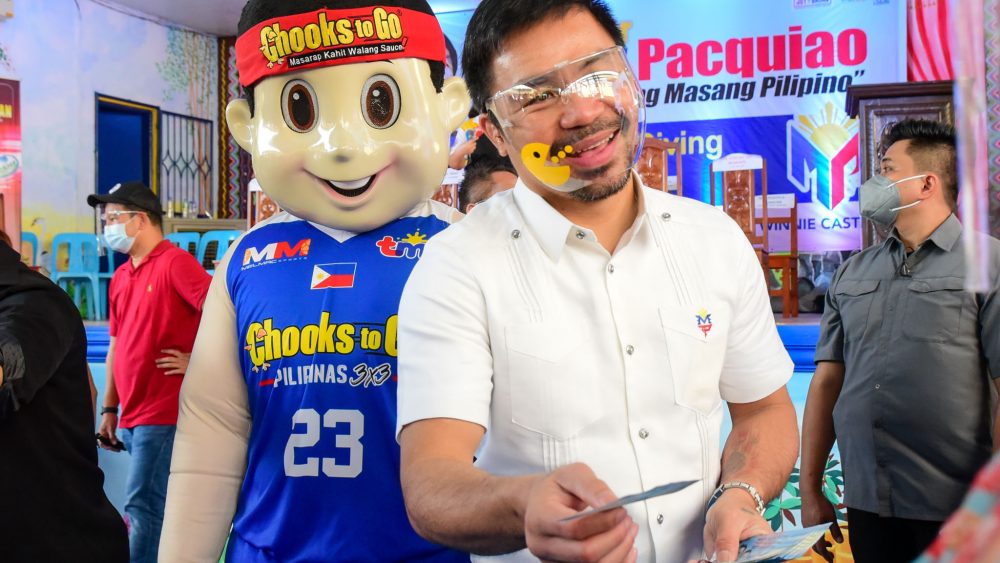 Boxing legend Manny Pacquiao and Chooks-to-Go continued their mission to help out and bring joy to the country’s vulnerable communities, Thursday afternoon.

This time around, Pacquiao and the staff of Chooks-to-Go went to Manuel Quezon Elementary School in Commonwealth, Quezon City to distribute goods to the thousands of families in Batasan Hills.

For Pacquiao and Bounty Agro Ventures, Inc. president Ronald Mascariñas, giving back is not about counting the cost.

At the end of the day, it’s all about compassion.