BAVI is the first and only poultry integrator in the Philippines raising Zero Antibiotics Chicken through the No Antibiotics Ever (NAE) Chicken technology. This is a huge step in preventing the global threat of antimicrobial resistance (AMR).

Considered by the World Health Organization (WHO) as a serious global health problem, AMR refers to bacteria’s immunity to antibiotics. Bacteria develop this resistance over time through people’s widespread misuse and abuse of antibiotics — such as when antibiotics are used without doctor’s prescription, or when chicken farmers use them simply to boost chicken growth. 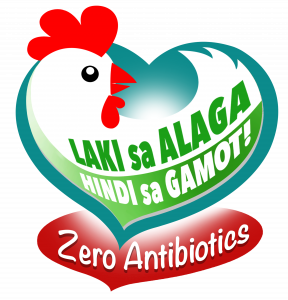 Irresponsible use of antibiotics has to stop.

That’s why BAVI developed its Antibiotic Stewardship program, which aims to significantly reduce antibiotic use, and even eliminate it totally through the Zero Antibiotics Chicken program using the No Antibiotics Ever (NAE) Chicken technology.

After taking experimental runs since 2012, BAVI started implementing its Zero Antibiotics chicken program in 2017. In this innovative process, chicken grow in a clean and comfortable environment, get a vegetarian diet, and take zero antibiotics throughout their lifetime – and thus consumers are assured their chicken had always been healthy and never been sick.

Producing Zero Antibiotics chicken is crucial because according to studies, 10 million people would die of AMR by 2050 if no significant interventions are made today. That statistic translates to one person dying every three seconds.

Antimicrobial resistance (AMR) refers to bacteria’s immunity to antibiotics. This happens when bacteria that had been exposed to antibiotics change and become more powerful than the antibiotics that are supposed to kill them.

Can eating chicken cause AMR?

Eating chicken per se does not cause AMR. But if the chicken you eat had used antibiotics imprudently when it was still alive, then you are indirectly speeding up the development of AMR.

Fortunately, we make sure that no antibiotic drug ever touches our NAE chicken.

What is a Zero Antibiotic Chicken? 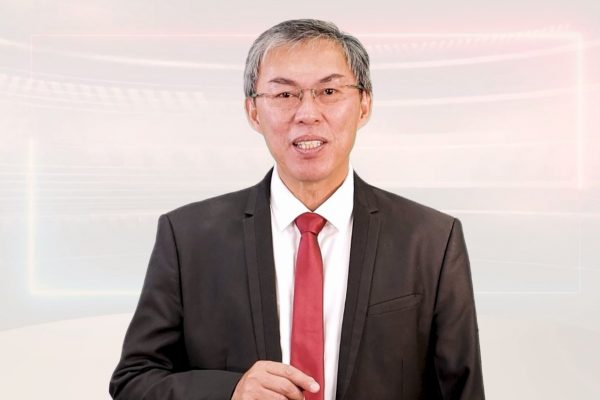 Being the pioneer of Zero Antibiotics Chicken in the Philippines, Bounty Agro Ventures, Inc. (BAVI) has shared in an international... read more →
June 10, 2021 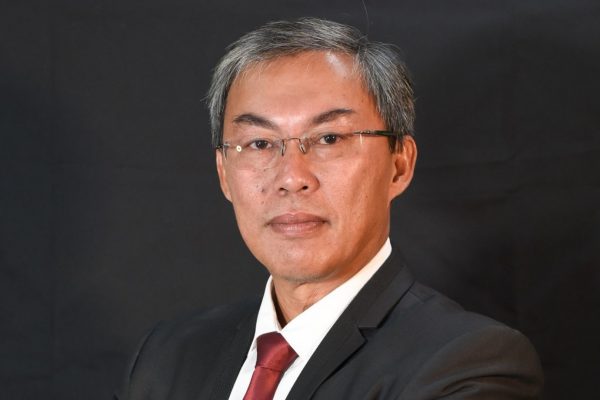 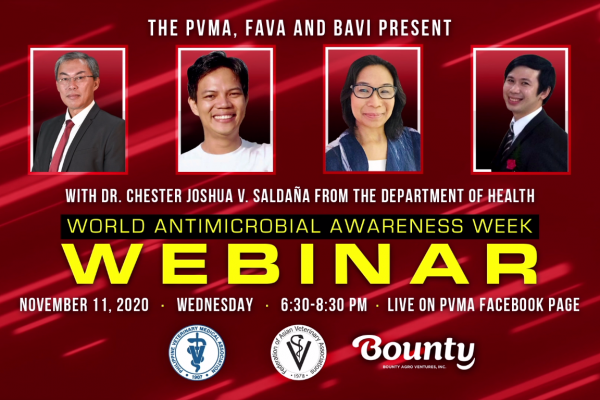 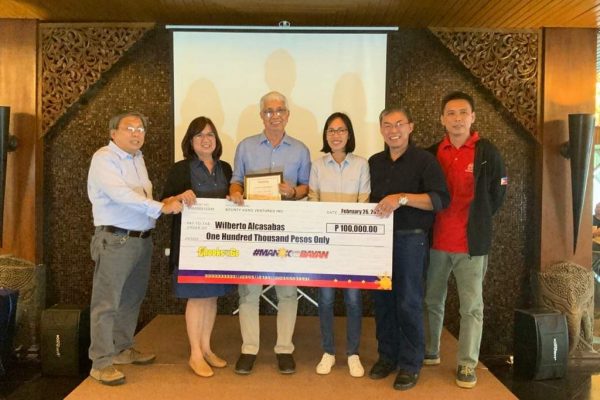 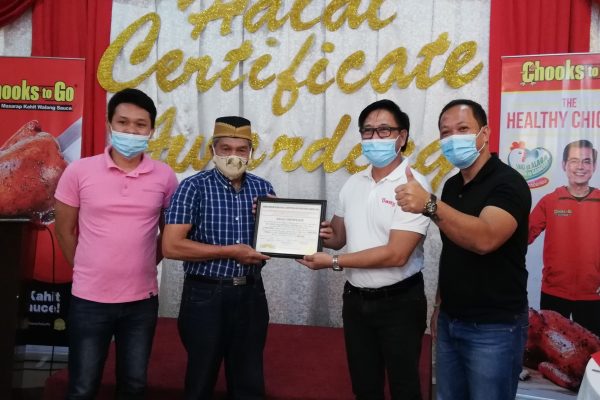 Our processing plant in the Davao region has recently been certified halal by the Davao Muslim Ulama Halal Certifying and... read more →
September 16, 2020 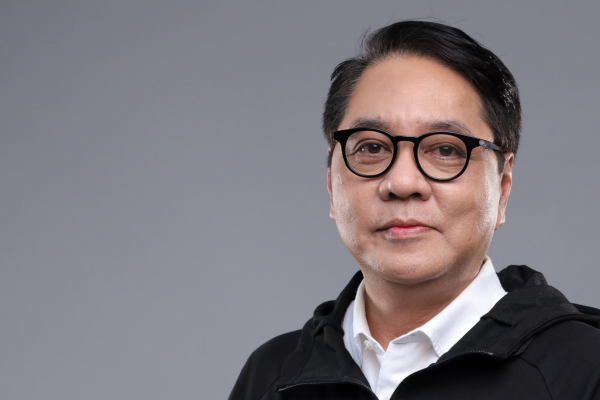 Dear Contract Growing Partners: The past four months had been tough on all of us. For the better part of... read more →
August 1, 2020

What are Zero Antibiotics chicken?

Zero Antibiotics chicken are a type of broiler chicken grown without any antibiotics. Growing them uses the No Antibiotics Ever (NAE) technology, which is the highest form of Antibiotics Stewardship in the poultry industry.

What is so special about Zero Antibiotics chicken?

Why are chicken with antibiotics risky to humans?

Using antibiotics among chicken can be harmful to human health in the long run, because that speeds up the evolution of certain bacteria to become resistant to antibiotics – a condition called antimicrobial resistance (AMR).

What is antimicrobial resistance (AMR)?

Antimicrobial resistance (AMR) refers to bacteria’s immunity to antibiotics. This happens when bacteria that had been exposed to antibiotics change and become more powerful than the antibiotics that are supposed to kill them. Therefore, if one becomes infected with antibiotic-resistant bacteria (also known as “superbugs”), that person can no longer be cured.

How can we avoid becoming vulnerable to superbugs (antibiotic-resistant bacteria)?

Becoming vulnerable to superbugs can be avoided if we use antibiotics only when needed – that is, when we have a bacterial infection and the antibiotics are responsibly prescribed by a doctor. Indeed, the misuse and abuse of antibiotics eventually end up in developing AMR; antibiotic stewardship is key.

What is antibiotic stewardship?

“Antibiotic stewardship” is a term used by the medical/scientific community to refer to the responsible use of antibiotics in treating bacterial diseases. This concept warns that if we use antibiotics when not needed, we may not use them when needed.

Antibiotic Stewardship is also the term used by BAVI to identify its efforts in drastically reducing antibiotic use in the past several years. BAVI is currently on par with the world’s best poultry integrators when it comes to antibiotic stewardship.

Why are Zero Antibiotics chicken considered the healthiest?

Zero Antibiotics chicken are often considered the healthiest because the absence of antibiotics throughout their lifetime means that they had never been sick and that they were grown with utmost care.

How are Zero Antibiotics chicken grown?

BAVI’s Zero Antibiotics chicken are grown following the Five Freedoms developed by the Farm Animal Welfare Council: (1) freedom from hunger and thirst, (2) freedom from discomfort, (3) freedom from pain, injury, or disease, (4) freedom to express normal behavior, and (5) freedom from fear and distress.

BAVI achieves all these by providing chicken with a clean and comfortable environment, a well-balanced vegetarian diet, and immediate access to healthcare.

Is BAVI the Philippines' first and only poultry integrator to implement Zero Antibiotics (NAE) chicken production?

Yes. BAVI started studying Zero Antibiotics (No Antibiotics Ever) chicken production in 2012, and in 2017 began implementing the program. In 2019, the company completely removed all Critically Important Antimicrobials (CIA) for humans, which was a big step in the organization’s antibiotic stewardship program.