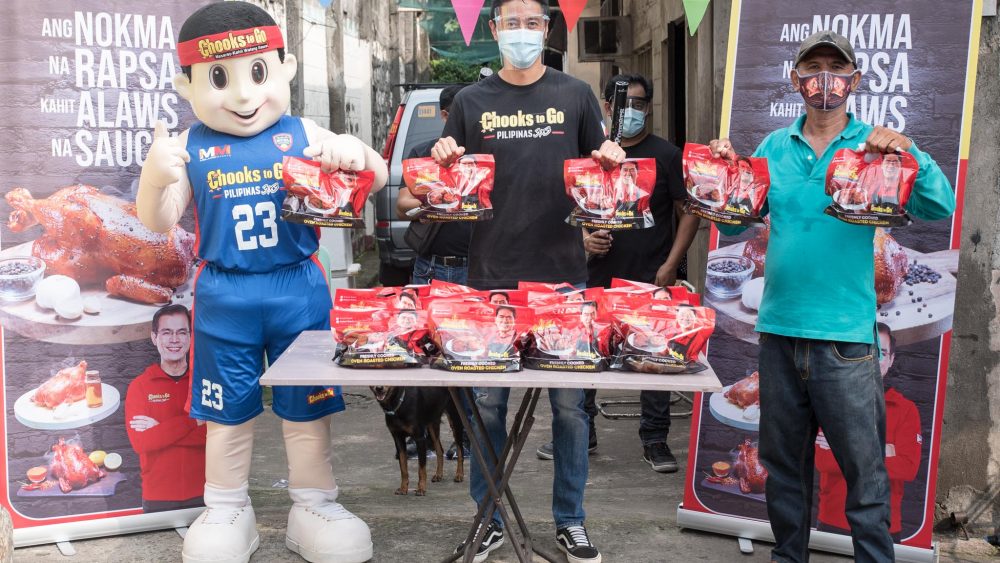 Chooks-to-Go Gives Back to Jeepney Drivers

“As a father, I know how heartwrenching it is to not be able to bring food to the table,” said Bounty Agro Ventures Inc. (BAVI) president Ronald Mascariñas.

That is why behind the leadership of Mascariñas, Chooks-to-Go, the country’s leading rotiserrie went around Project 3, Quezon City last Friday to distribute meals to the jeepney drivers there.

Over 60 packs of oven-roasted chicken were given to the drivers and their families — some of whom have been eating rice and salt to get by since March.

For Mascariñas, he hopes that even for just a day, these jeepney drivers were able to bring joy to their families. Moreover, he wants them to know that hope is not lost.

“We want them to not just be given filling meals, but also a meal that is also healthy. We pride ourselves of producing chicken that has never uses antibiotics in raising them,” said the amiable executive.

“We want them to know that we will not leave them behind.”