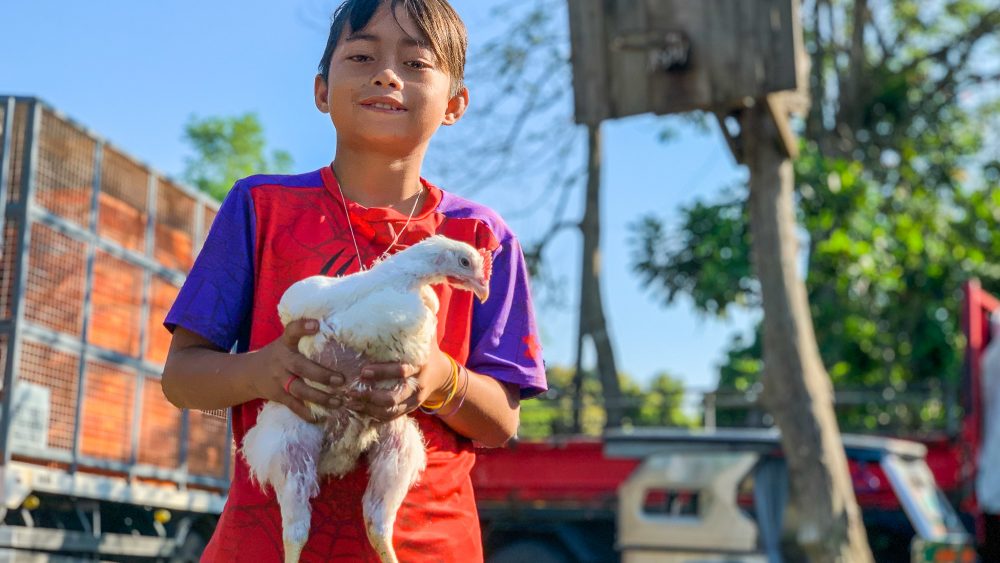 The reason? For BAVI president Ronald Mascariñas, it was about serving Filipinos who do not have access to electricity or don’t have refrigerators at home.

“In BAVI, we have ready-to-eat meals like Chooks-to-Go and Uling Roasters. Then we are also offering Bounty Fresh, Virginia, and Holly Farms products in our rolling stores no? But what if there’s leftover food and our customer does not have the capability of storing it?” shared Mascariñas.

“After doing a study — which we did at home since we were under the ECQ then, it showed that the only logical and safe solution is to sell live chicken as well.”

This was unheard of in the rolling store industry as it literally takes a product from farm to home.

Selling at P85-P90 per kilo, the live chicken, which prides itself on being the only antibiotic-free live chicken in the market, has been well-received by customers.

“It’s an untapped market,” he said referring to the selling of live chicken. “Even we are shocked by the numbers,” he continued with a smile.

But what Mascariñas and his team did not expect was an additional wave of new customers that have come their way — kids.

For every Chooks-on-the-Go store that sells live chicken, there will be parents buying their kids a chicken or two to serve as their pets.

“It’s really surprising. What we have been hearing is that raising chickens has helped parents teach their kids what responsibility is,” he said with a hearty laugh.

Adding live chicken to Chooks-on-the-Go’s product line, Mascariñas can’t help but look back on one of the reasons why he and his family put up BAVI which is “to put smiles in the faces of the Filipino people.”