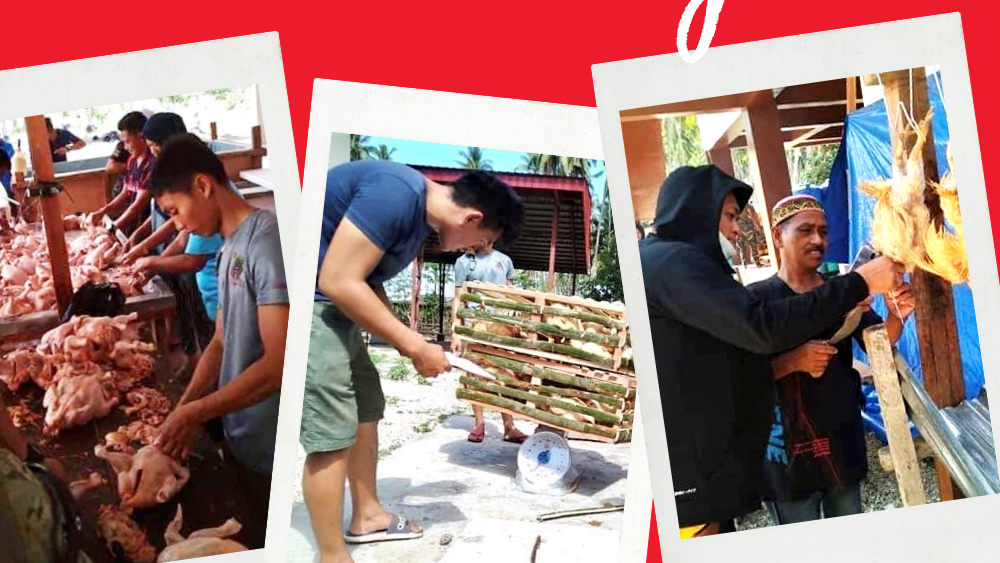 Instruments of Peace in the Time of COVID-19

The possibility of getting stranded on Sulu island loomed like a brewing storm. With Luzon already placed under an enhanced community quarantine, the rest of the country could follow suit.

But contract growing supervisor Dr. Kier Fenandez and his teammates at our Zamboanga Business Center pushed through with their mission to Sulu, March 16.

After all, they were about to make history: BAVI’s first-ever poultry farm in Sulu would make its maiden harvest.

“It was an all-important mission for us. It’s part of the job, but it’s also an honor to be an instrument of peace for the area,” said Dr. Fernandez.

For many years, Sulu has been a hotbed of conflict between the military and the Abu Sayyaf rebel group. But today — particularly in the town of Parang — there is a glimmer of hope and a palpable peace

The chicken farm is managed by Army personnel and employs locals, including former Abu Sayyaf rebels.

By supporting this business venture in a formerly conflict-stricken land, BAVI commits itself to becoming an effective partner in achieving peace and inclusive progress.

Unfortunately Zamboanga’s own community quarantine suddenly caught our team stranded in Sulu. They were supposed to ride a military plane back to the city on March 25, but it was pushed back to accommodate priority flights elsewhere.

“Exiled” in a remote island, Dr. Fernandez and colleagues now patiently await their flight home. The “storm” has come. But then, what is sitting out a storm compared to what the team has already arduously attained in and for the people of Sulu?