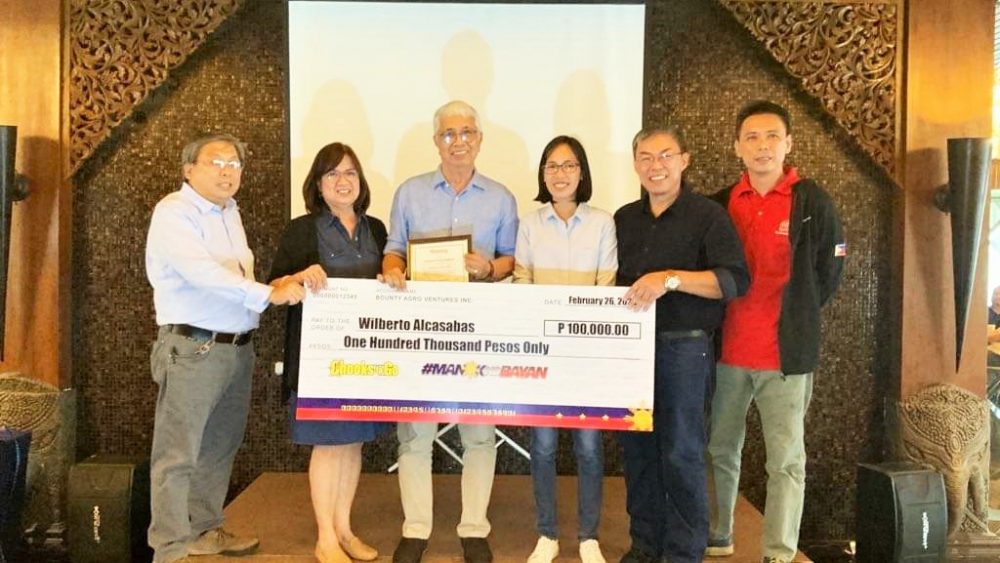 Wilberto Alcasabas was named national-level Most Outstanding Contract Grower for 2019 and received P100,000 as reward.

Other awards given were Top No Antibiotics Ever (NAE) Chicken Contract Growers (national level):

These Southern Tagalog farms are among BAVI’s partners in advancing the pioneering Antibiotic Stewardship program in the Philippines. The program — which includes the production of NAE chicken — helps in the effort to prevent risks posed by antimicrobial resistance (AMR).

At the Southern Tagalog level, below are the Top 10 Contract Growers:

Also part of the gathering last February 26 were several discussions, including one on antimicrobial resistance, led by Dr. Cindy Yap.

According to Bounty Agro Ventures, Inc. (BAVI) President Ronald Mascariñas, independent poultry farmers are the “backbone” of the business. Thus the company always strives to give due recognition and care to our contract growing partners, he said.