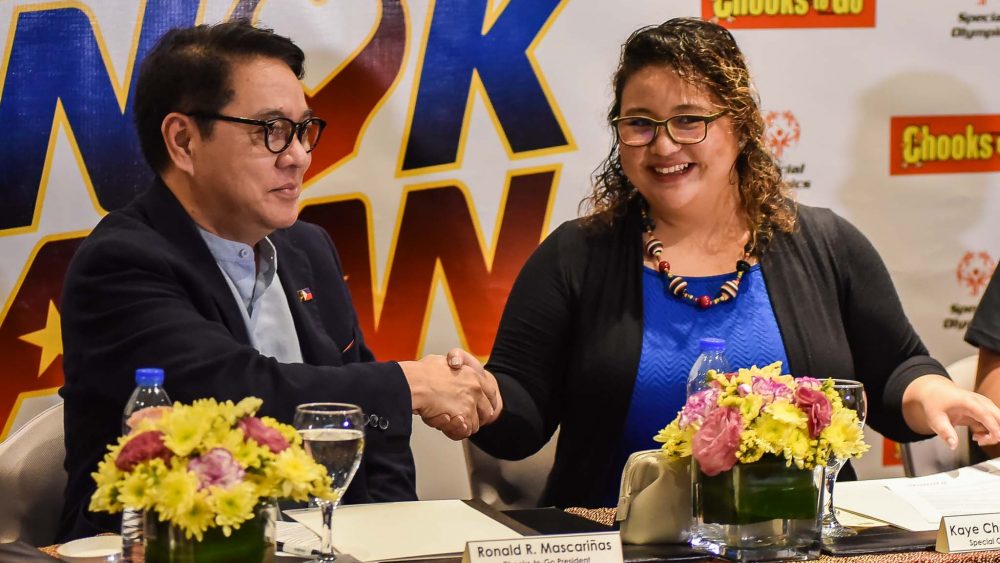 The Kaya ‘Yan, Manok ng Bayan campaign includes conducting sports fests and training sessions for PIDs all over the Philippines, as well as a nationwide recruitment of PIDs to BAVI’s offices.

BAVI President Ronald Mascariñas: “Filipinos with intellectual disabilities have inherent dignity and abilities that must be recognized. We are grateful to Special Olympics Asia Pacific for helping us to appreciate more deeply the unique contribution of PIDs to the world of business. We are also happy that, through our involvement in sports, we will be able to help PIDs to excel in them and gain life skills and self-confidence in the process.”

SOAP President and Managing Director Dipak Natali: “It is our hope that people with intellectual disabilities be included in society; and having equal training and employment opportunities where they can showcase their talents in meaningful roles is one way we can achieve this. We sincerely thank Bounty Agro Ventures, Inc. for providing such opportunities to Special Olympics athletes in the Philippines. We hope to see more companies do the same, to help promote equality and inclusion for people with intellectual disabilities in the Philippines and across the Asia Pacific region.”

The Kaya ‘Yan, Manok ng Bayan campaign is set to have its first sports fest for PIDs in Metro Manila on January 25.