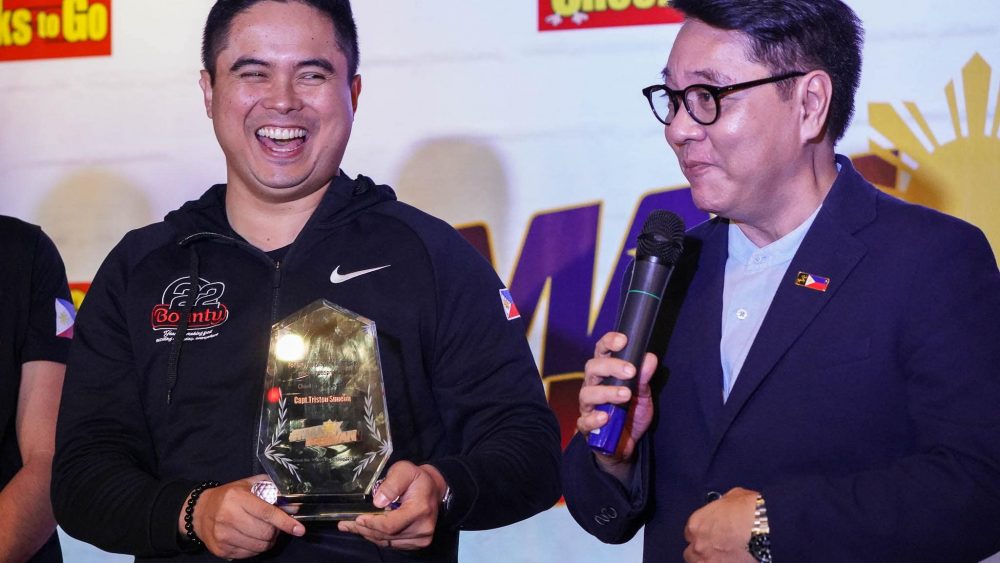 Capt. Simeon safely landed his Manila-bound Boeing 777 back at Los Angeles International Airport (LAX) on November 22, after one of the aircraft’s engines caught fire in midair.

He saved 347 passengers and 18 crew members.

According to Mascariñas, Capt. Simon’s handling of the situation was praiseworthy.

“We at Chooks-to-Go are proud of Capt. Triston Simeon, who safely landed an aircraft carrying more than 350 people, many of them overseas Filipino workers coming home to the Philippines,” said Mascariñas.

“The Manok ng Bayan Award is our simple gesture of appreciation for Capt. Simon’s excellence in aviation and for his display of grace under pressure. His commendable calm and adroitness reunited people safely with their loved ones,” he added.

Recalling the ordeal, Capt. Simeon said what helped in landing the plane safely was total focus and the cooperation of his team.

“At first we were startled, but then we had to focus. That was when we figured out the ways we could land the plane safely,” Capt. Simeon said in Filipino. “Although [the experience] was intense, we are thankful that we were able to manage the landing.”

BAVI is also giving P200,000 to Capt. Simeon as reward for his heroics, double the amount originally promised.

BAVI is a staunch advocate of love of country. It has been recognizing the best among Filipinos and the best in Filipinos through various activities.