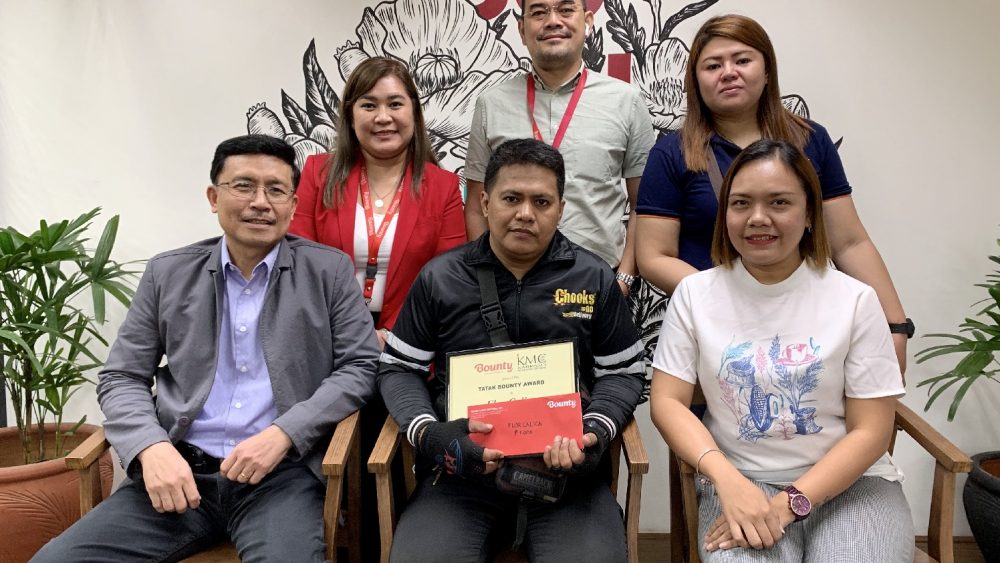 Bounty Agro Ventures, Inc. (BAVI) today awarded one of its delivery riders a Gilas Award for going out of his way to help a man with a vehicular emergency in Pasig City last October.

Flor Calica, 43, was traversing the flyover on Meralco Avenue when he saw Marcos Rabasto struggling to put his customized motorcycle’s loosened chain to place. Rabasto, who has a physical impairment, had been on the road for minutes asking for help, but no one stopped to help him.

Calica – and, later, a police officer as well – assisted Rabasto in fixing his motorcycle. Rabasto was overjoyed by the help, such that he publicly posted on Facebook about the experience.

Rabasto had previously been to one of Chooks-to-Go’s 3×3 basketball games, so he was familiar with BAVI President Mascariñas.