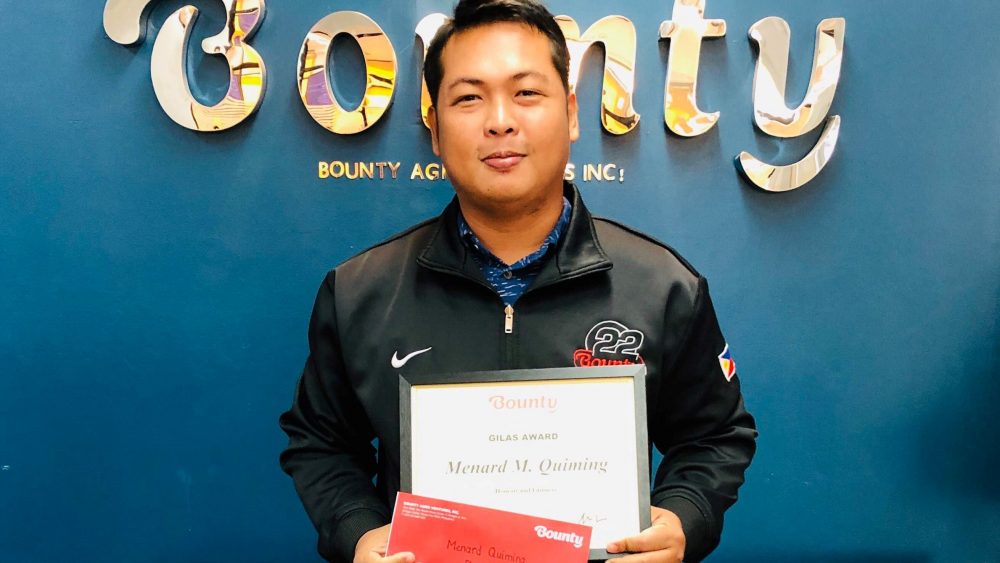 Bounty Agro Ventures, Inc. (BAVI) has awarded one of its store maintenance personnel for remarkably displaying honesty on two occasions.

Last March, Quiming returned a pouch he accidentally found while he was in Baguio to repair some ovens. Meeting with a friend who worked at a radio station, he handed over the bag which would be reported on air as a lost-and-found item. The owner eventually got the bag back, with all its contents intact.

Six months later, Quiming again chanced upon a lost item, this time in Agoo, La Union: a wallet containing money and a senior citizen’s ID card. Together with a colleague, Quiming tried looking for the wallet’s owner in Binalunan, Pangasinan. Eventually he found the owner, who was overjoyed to have his ID which would be essential for him to get back to Hawaii where he is a resident; he was due to return in two weeks.

Asked why it was natural for him to return lost items, Quiming replied: “Ang karangalan po ay hindi nabibili ng pera (dignity can never be bought by money).”