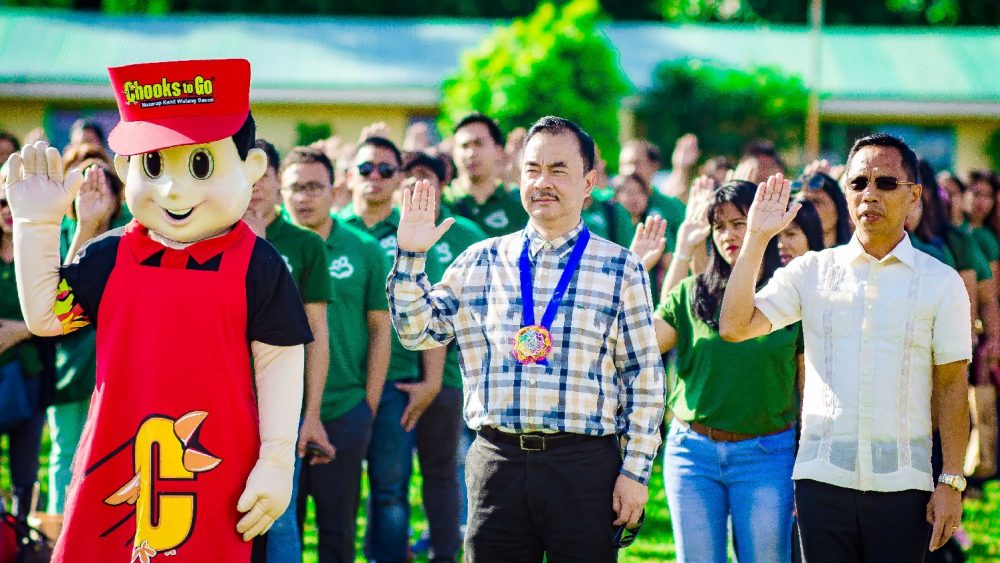 A partnership project of Ayala Foundation, Chooks-to-Go of Bounty Agro Ventures, Inc. (BAVI), Department of Education, Philippine National Police, and the National Historical Commission of the Philippines, the campaign aims to promote love of country by giving 6,000 flags to schools and police precincts nationwide.

In his speech, Tiangco reminded the audience that heroism is not only about fighting to the death, but also in doing ordinary duties extraordinarily well.

The Maging Magiting Flag Campaign had previously been to Davao, Bulacan, Tacloban, and eight other cities. More than 5,000 flags have already been distributed.

Taking part in the Maging Magiting Flag Campaign is just one of the ways BAVI is promoting patriotism. The company is, first of all, supporting national basketball athletes and even founded a 3×3 basketball league to pursue the country’s Olympic dreams.

“In that moment of unity – cheering for our teams – we ignite their hearts to loving the Philippines more,” Mascariñas said. “In that moment, they are more aware of – and take pride in – their Filipino identity.”