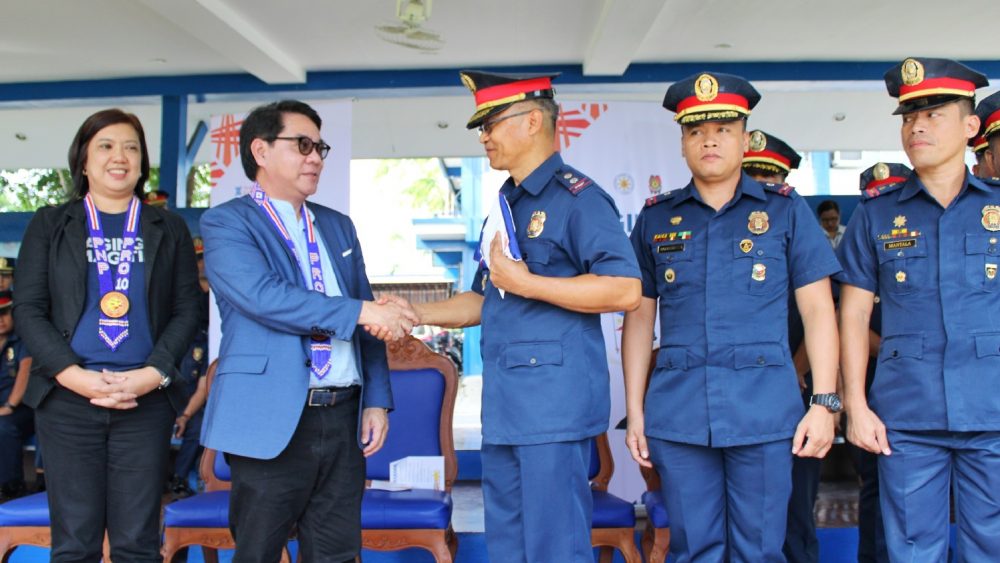 “Kayo ang totoong magiting. Iniaalay ng mga kasamahan ninyo ang kanilang buhay para sa bayan,” he said. (“You are the ones who are truly noble and patriotic. Some of your peers have even laid down their lives for the country.”)

In partnership with Ayala Foundation, Philippine National Police, Department of Education, and the National Historical Commission of the Philippines (NHCP), the Maging Magiting Campaign aims to distribute 6,000 flags to police precincts and public schools nationwide this year.

This is part of Chooks-to-Go/BAVI’s advocacy of loving our country through sheer fulfillment of one’s duty, and even through sports. Chooks-to-Go is a long-time supporter of Filipino athletes.

According to Cel Amores, Ayala Foundation Senior Director for Corporate Communications, the campaign addresses the lack of standard-type flags flown in public offices. This is done in partnership with NHCP, which also ensures propriety in everything to do with Philippine national emblems.