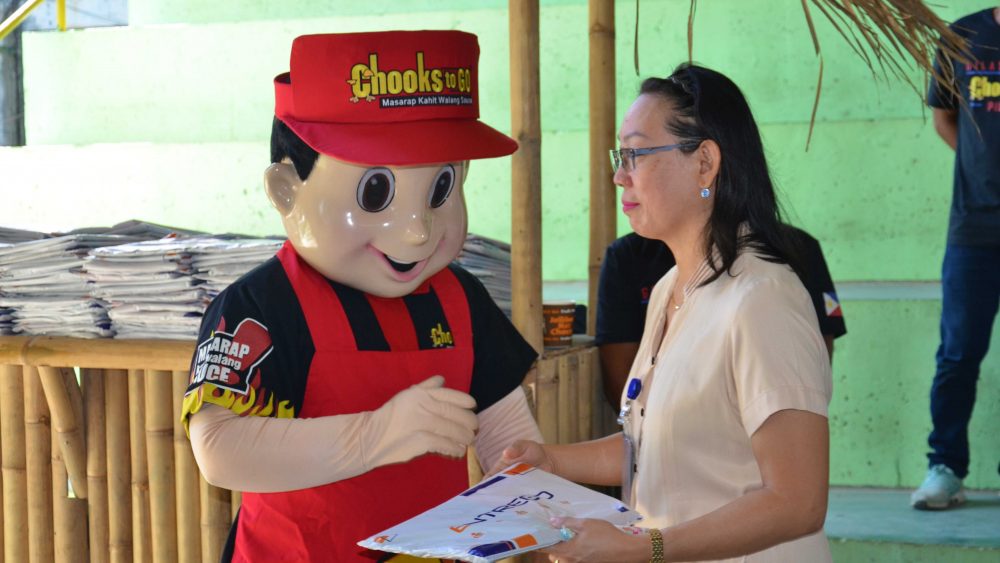 In Davao City, BAVI president and general manager Ronald Mascariñas, together with AFI president Ruel Maranan and regional officials of the Department of Education and National Historical Commission of the Philippines, distributed 450 Philippine national flags during turnover ceremonies at the Davao City National High School.

Among those who received the NHCP-approved 6’x3’ flags were principals and administration heads of public elementary and junior high schools in Davao City.

“As a campaign partner, we hope to instill nationalism far and wide and right at the start of the Filipino’s formative years: in elementary school. By giving flags to public schools, even in remote areas, we inspire Filipinos to love their country by becoming and doing their best in their daily lives, and in the case of students, in their studies and family life,” said Mascariñas.

Members of the Boy Scouts and Girl Scouts of the Philippines local chapter welcome the Maging Magiting challenge of Chooks-to-Go, BAVI and the Ayala Foundation Inc.

BAVI has provided funding support to enable AFI, with the help of the Armed Forces of the Philippines and the Philippine National Police, to distribute over 3,000 flag kits nationwide. Prior to the Mindanao leg, the company has already distributed 2,769 flag kits in the Luzon (Quezon City, Batangas, and Bulacan) and Visayas (Bacolod and Iloilo) regions.

Section 5 of Republic Act 8491 or the Flag and Heraldic Code of the Philippines stipulates that the Philippine national flag shall be displayed in all public buildings, official residences, public plazas, and institutions of learning everyday throughout the year.