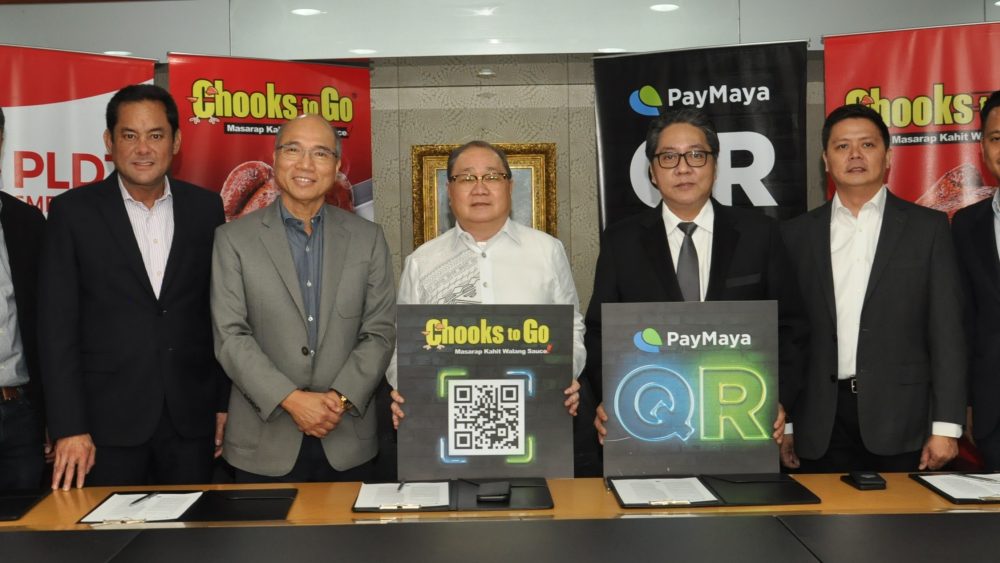 Cashless payments? You can now at Chooks-to-Go stores

PayMaya QR will be available as a mode of payment at an initial 50 Chooks-to-Go stores in Metro Manila, with wider rollout to close to 2,000 outlets nationwide scheduled in the coming months.

This means customers only need their mobile phones with the PayMaya app whenever they buy roasted chicken at Chooks-to-Go stores for a truly convenient and on-the-go “litson manok” experience.

“Chooks-to-Go revolutionized Filipinos’ roasted chicken experience when it was launched in 2008. Innovation is in our DNA, and we are glad that we once again have an opportunity to revolutionize the experience of our customers through PayMaya QR. Now, all they need are their mobile phones and the PayMaya app to pay, making our ‘on-the-go’ proposition even more compelling,” said BAVI President and General Manager Ronald R. Mascariñas.

“It’s exciting to see brands such as Chooks-to-Go continue to bring new stuff to the table, this time offering cashless payments to customers via PayMaya QR. With partners like BAVI helping build the ecosystem in the country, we’re confident a ‘cash-lite’ Philippines will take off in the next few years,” added PLDT, Smart, Voyager and PayMaya Chairman Manuel V. Pangilinan. PayMaya Philippines is the digital financial arm of PLDT and Smart’s Voyager Innovations.

A relatively new entrant in a field dominated by traditional players, Chooks-to-Go changed the game when it began offering rotisserie chicken which, it claimed, is Masarap Kahita Walang Sauce–a concept unheard of in a country obsessed with pairing sauces with every viand.

Today, it operates close to 2,000 outlets nationwide and its parent company, BAVI, has expanded into other brands to cater to varying tastes of the Filipino palate.

Aside from Chooks-to-Go, BAVI also manages Bounty Fresh line of fresh chicken and operates other rotisserie chicken brands such as Uling Roasters and Reyal.

Chooks-to-Go is the latest local retail brand to adopt PayMaya’s QR-based payment system, which has already been deployed in some of the country’s biggest brands.

Here’s a list of Chooks-to-Go stores where you can use your PayMaya account. Bookmark this page for updates on stores accepting PayMaya payments.