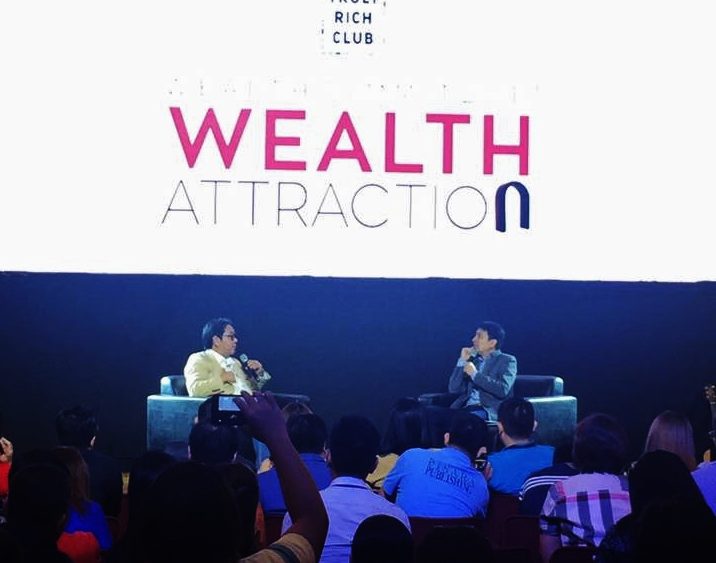 How the story of BAVI president inspired others

Probably, one of the hardest questions one ever has to answer is that whether he considers himself successful. There are many definitions of success, and, consequently, there is no standard for it.

Success is subjective as this is often based on personal experiences and goals. Some people draw inspiration from their own experiences. There are those, however, who feels inspired and empowered after hearing other people’s stories.

This is the case of Hannah Villaruz and Mary Ann Tee, among the many attendees of Truly Rich Club’s Wealth Summit held earlier this month.

Mascariñas is a visionary with both feet on the ground. He transformed an unknown business enterprise into the Philippines’ second largest poultry integrator and the no. 1 and 2 chicken rotisserie store chains with close to 1,700 stores nationwide.

“I learned a lot from Mr. Ronald Mascariñas on a marketing and business perspective,” said Hannah, who is a marketing graduate and now a PR professional for a global company. “What I admired about his strategy was that he was straight to the point in communicating to his target audience. He knew who he was talking to and how to make a big idea out of it.”

Hannah, who noted the speaker’s strength on developing bright ideas and witty ways, plans to put up her own business soon.

Mary Ann, on the other hand, noted that Mascariñas was so generous in sharing his experiences and wisdom. She said, “He was so open in revealing to us his journey in the business. He was so down to earth and full of humor.”

Mascariñas shared his experiences in establishing Chooks-to-Go, now the largest rotisserie chain in the country; and building up relatively innovative and cutting-edge brands Uling Roasters and Reyal. He was the brain behind the witty tagline ‘Di “raw” masyadong masarap pero pwede na of Uling Roasters.

“My key take away with his talk is that we should dare to risk and to be different. See the signs of times and act on time. Most especially, be concerned with the growth and benefits of your greatest asset—your people,” said Mary Ann.

“He pushed for innovation in terms of managing the business in totality, and he inspired me to think this way, too,” concluded Hannah.

Mascariñas is an agriculture graduate of the University of the Philippines at Los Baños. He holds an MBA from the Asian Institute of Management and a Certificate from the International Law Institute in Washington DC on the Rights and Obligations of Developing Countries under the WTO. Before leading Bounty to what it is today, he joined Purefoods Corporation right after graduation, eventually becoming the youngest Senior Vice President in the company. He held simultaneous positions, as Division Head of Poultry Business, President of Smokey’s Fast Food Chain, and Head of the Food Service Division. He was also a two-term President of the Philippine Association of Broiler Integrators. He is the recipient of several leadership and achievement awards.