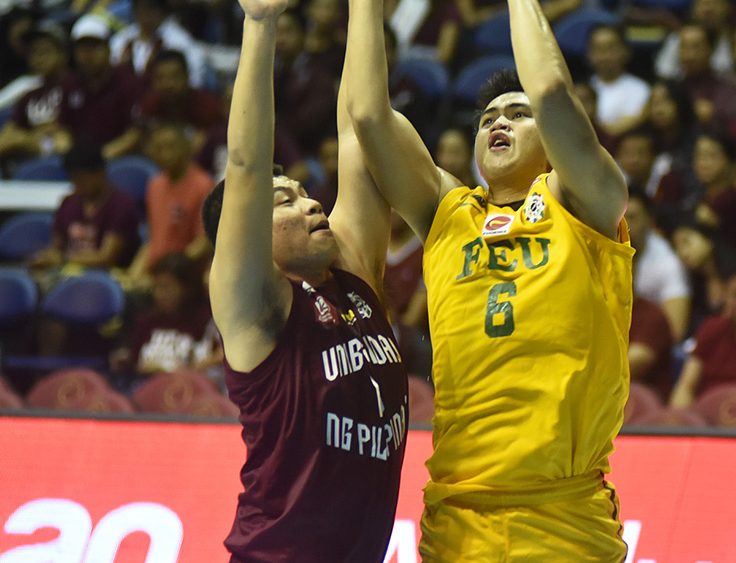 Coming from a 6-point loss against DLSU (the closest difference in points against the Green Archers), the UP Fighting Maroons looked hungry and ready to win over the defending champions, the FEU Tamarraws. UP started the contest blazing, shocking FEU with a 20-point lead, finishing the first quarter 28-8. They were shooting at an unbelievable rate, with a shooting clip above 60%.

The game went downhill from there for UP when the Tamarraws tightened on their defense and exploded with a 19-8 run in the 2nd quarter. Tamarraw Raymar Jose, who finished with 20 points, provided FEU the much-needed offensive power with his post moves to chip away UP’s 20-point lead.

The gap between UP and FEU in experience and mentality was exposed when FEU caught up with the nervous Fighting Maroons, tying the game 46-all in the third quarter. The Tamarraws took it from there and led by as much as 9 points in the fourth, eventually ending the game 63-60 in favor of FEU.

The final four window is closing fast on UP. For them to make it, two conditions have to be met: 1) UP to win their 3 remaining games against NU, UST, and UE. 2) The Adamson Soaring Falcons, which is currently 4th seed and with a standing of 5-5, must lose their remaining games.