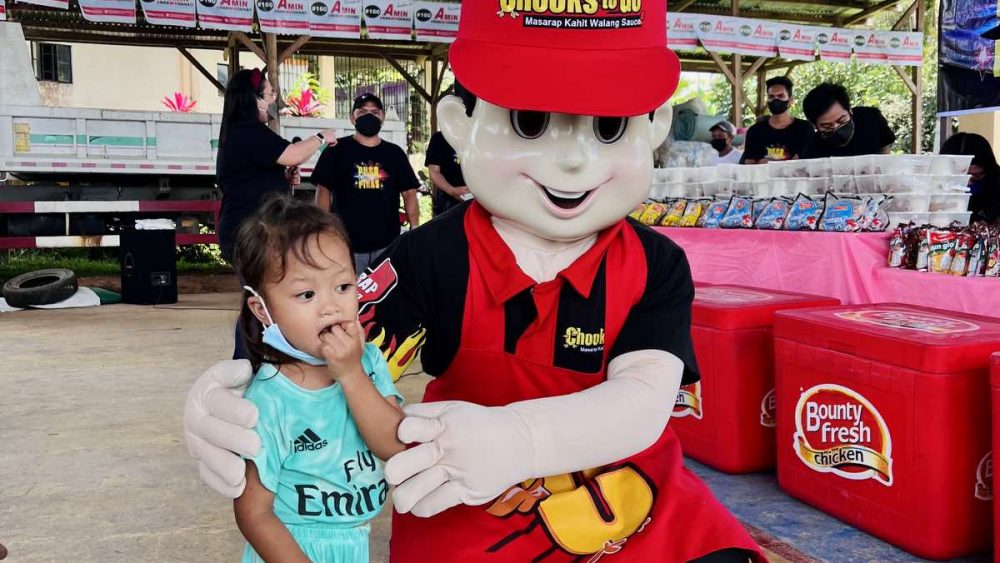 The event was held at the barangay covered court last April 29, 2022. The BAVI employees themselves cooked and prepared packed meals which they shared with the young ones in the area. The package also included one piece of Marinado to introduce the product to the barangay.

The BAVI team chose Barangay Upper Dulian due to its remoteness from the city proper. The main objective of the event was to share the generosity given by the company to its employees and extend it to the greater community. The children of the barangay were the chosen beneficiaries because they rarely get the opportunity to leave their barangay while most have not tried Chooks-to-Go products.

The event was made even more memorable by the appearance of Chooks the mascot who was welcomed warmly by the children. They took turns having their photos taken with Chooks.

The officials of Upper Dulian expressed their gratitude to BAVI for choosing their barangay for the event. The Zamboanga team pledged to go back to the Barangay Upper Dulian in the near future to conduct another feeding program for the children.