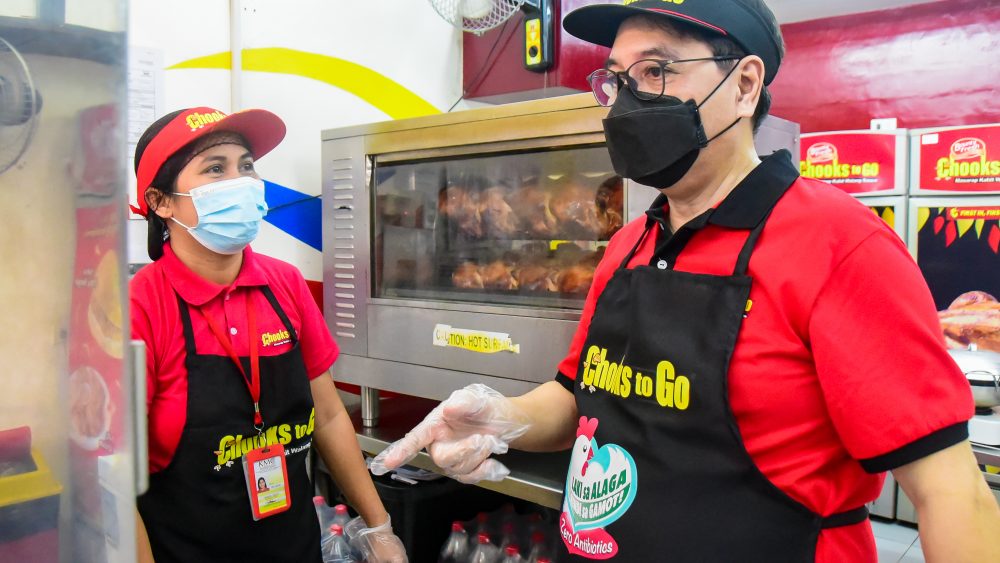 On the organization’s 24th anniversary last month, 24 outstanding crew members and delivery riders received rewards for their grit and heroism over the years, especially during the COVID-19 pandemic.

“They are right at the heart of BAVI,” he said, “showing genuine puso para sa Pinas alongside our other employees.”

The chief executive, known for his hands-on and empathic leadership, also spent some time observing and giving tips to the store crew — assuring them that all their sacrifices are deeply appreciated by the BAVI organization.

“The pandemic affected us deeply, but it also strengthened us in our resolve to serve our communities. That is why we spare no efforts in keeping our stores safe, our processes faster, and our customers happy,” Mascariñas added.

Nineteen months since the pandemic began, BAVI managed to achieve milestone successes that attest to the company’s agility and creativity.

These milestones include the nationwide production of zero-antibiotics chicken, the first and only such kind in the country; enlisting close to 20,000 partner resellers; and serving close to a million people through various corporate social responsibility activities.

Not surprisingly, the company also continues to reap recognition locally and abroad. In the UK-based Investors in People Awards, BAVI is the lone Filipino organization selected as a finalist for Best Pivot. It also garnered the most Circle of Excellence awards in the upcoming Asia CEO Awards, including Global Executive of the Year for Mascariñas.