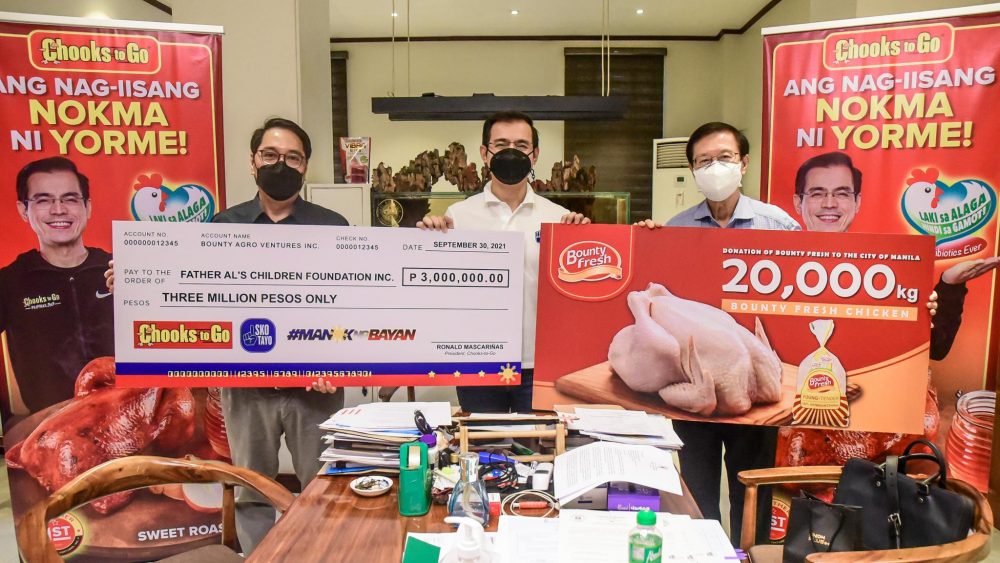 “Ako noong araw, tirang manok tinitira ko — ‘yung pagpag,” he quipped. “But I’m really happy and grateful to the Bounty family. Being man for others is what we need nowadays.”

Moreno shared that he hopes that more companies follow the lead of companies like BAVI to help out in these trying times as it will bring hope to every Filipino.