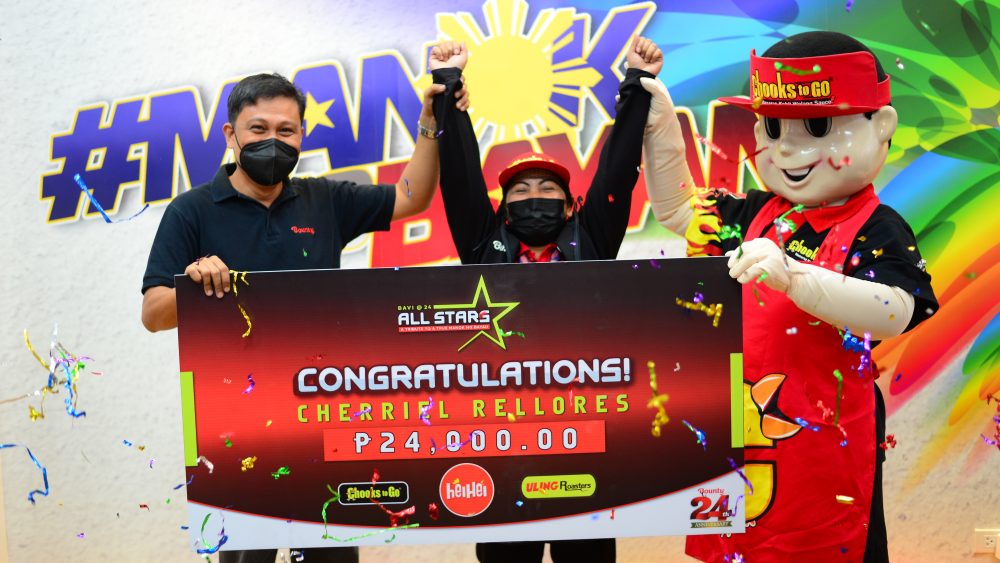 Poultry and food retail company Bounty Agro Ventures, Inc. (BAVI) celebrates its 24th year this month with a heartfelt tribute to 24 of its most inspiring store crew and delivery riders, also known as “BAVI All Stars”.

Hailing from various regions across the country, the awardees received P24,000 for their outstanding performance and heartwarming stories of heroism amid the pandemic.

According to BAVI president Ronald Mascariñas, it was largely thanks to store frontliners’ “puso para sa Pinas” that the business is thriving in the pandemic.

Among the awardees was Meziel Magaslo, a Chooks-to-Go crew member in Pagadian City, whose act of honesty recently went viral on social media. She had returned a lost wallet containing over a hundred thousand in cash.

Another honoree was Chooks-to-Go delivery rider Ronillo Titom, whose hard work paid off, giving his family the opportunity to buy a lot and put up a small business.

View their photos and profiles here »

The awardees were also feted in their respective business centers and were given a certificate of recognition.