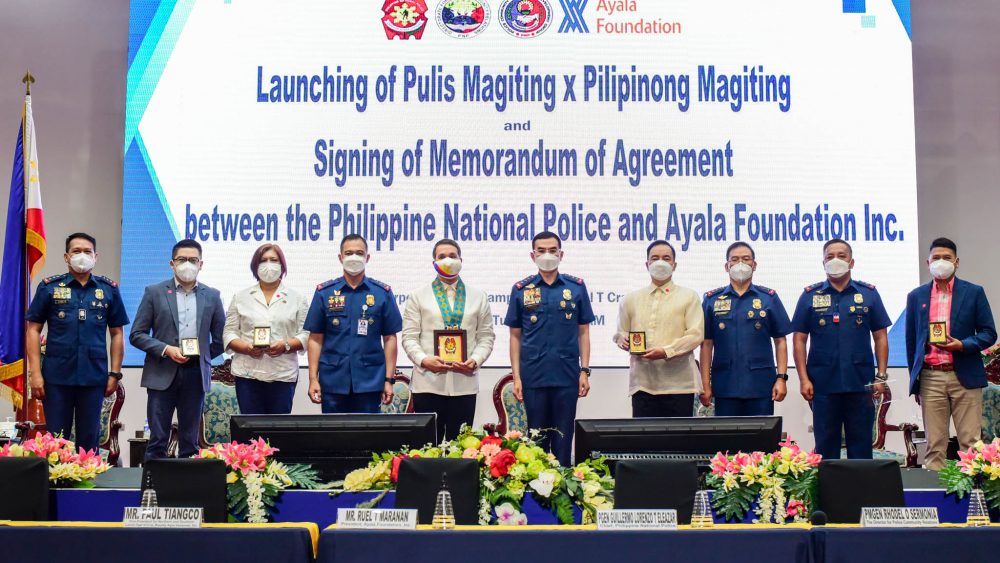 PGen. Eleazar thanked Ayala Foundation for initiating the campaign and BAVI’s Chooks-to-Go for supporting it.

“We want to establish the fact that there are only a few bad men in our organization,” PGen. Eleazar said. “That’s because the [PNP] is full of good men and women who would go beyond the call of duty in the performance of their mandate of serving and protecting the Filipino people.”

Among the 17 awardees recognized at the event were PSSg. Jason Aguilar, who saved a bedridden person whose house caught fire in Negros Oriental; PLt. Carlo Magno, who set up a school for indigenous people in Davao City; and Misamis Oriental’s Pat. Chinnie Jo Paderna, who breastfed an infant whose mother was severely indisposed.

Below are short profiles of the first batch of Pulis Magiting awardees:

Chooks-to-Go is giving away thousands of electronic gift cards to the awardees in appreciation for their “puso para sa ‘Pinas.”

In 2019, the first Pulis Magiting awards were given only in the National Capital Region, where PGen. Eleazar was then its regional director. Now as PNP chief, PGen. Eleazar has extended the awards to the whole country’s police force.

The Pulis Magiting campaign is part of the Maging Magiting program of the Ayala Foundation and the National Historical Commission of the Philippines. The program has given over 11, 000 flags to public schools and police precincts from Batanes to Tawi-Tawi.