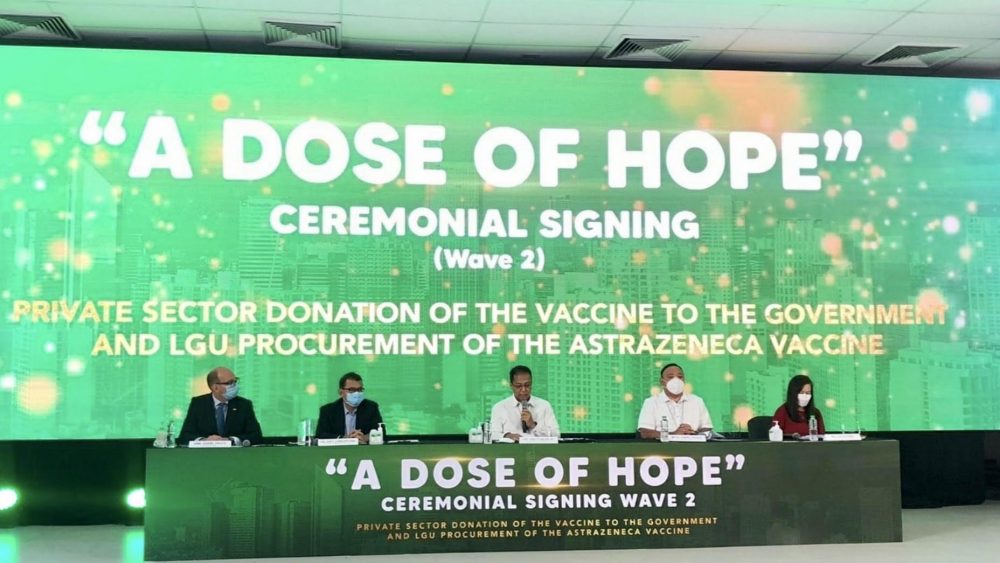 Bounty Agro Ventures, Inc. (BAVI) is, as always, one with the Filipino people especially in the fight against COVID-19.

As such, the Philippines’ poultry leader pledged once more last Thursday to take part in the securing of even more vaccines through the ‘A Dose of Hope’ initiative.

“We are starting the year with renewed hope,” shared BAVI president Ronald Mascariñas who also expressed thanks to Go Negosyo for fronting the charge. “With these additional vaccine doses, we will be able to fight COVID-19 more effectively.”

Last November already saw a rare coming together of big business for ‘A Dose of Hope.’ In that first signing, the country’s top executives vowed to bring 2.6 million doses of vaccines via AstraZeneca.

This time around, about 300 companies as well as 39 local government units have agreed to raise funds for 17 million doses of vaccines still from the British pharmaceutical company.

“We thank GoNegosyo for facilitating this historic partnership among private companies, the national government, and LGUs,” remarked Mascariñas, who was represented at the signing ceremony by senior vice president Dr. Erasmus Paderes.

With many of the bosses of big business behind them via Zoom, GoNegosyo leader and presidential adviser for entrepreneurship Concepcion, AstraZeneca Philippines president Lotis Ramin, vaccine czar Sec. Carlito Galvez Jr., and presidential spokesperson Sec. Harry Roque were present in the ceremonial signing of the second wave of ‘A Dose of Hope.’