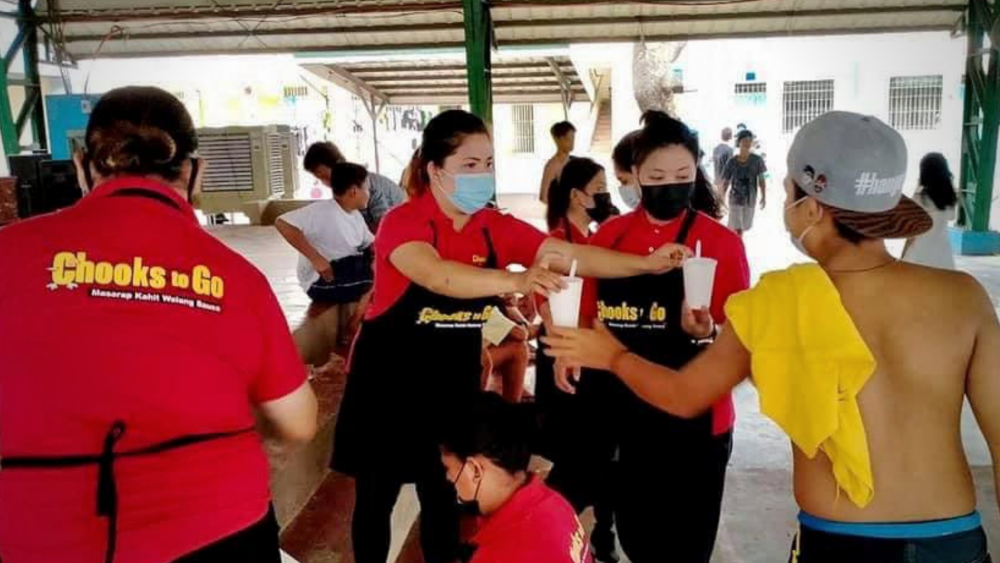 MARIKINA CITY — Following the lead of its big boss, employees of Bounty Agro Ventures, Inc. (BAVI) went out of their way to provide warm meals to those affected by Typhoon Ulysses.

Chooks-to-Go crew members under Jobs on the Go (JOTG) cooked up and then served up lugaw (rice porridge) to evacuees in Marikina’s Concepcion Integrated School last Wednesday.

Their efforts were not lost on BAVI President Ronald Mascariñas who himself had just been recognized as Man of the Year for the Poultry Industry in the Asia Leaders Awards after leading the poultry industry not only through innovation, but through “genuine love of country” as well.

“I feel blessed to have colleagues na man mga busilak na puso who organized on their own to extend help to the evacuees in Marikina,” read his Facebook post. “Maraming salamat sa inyong lahat. I am so proud of you.”