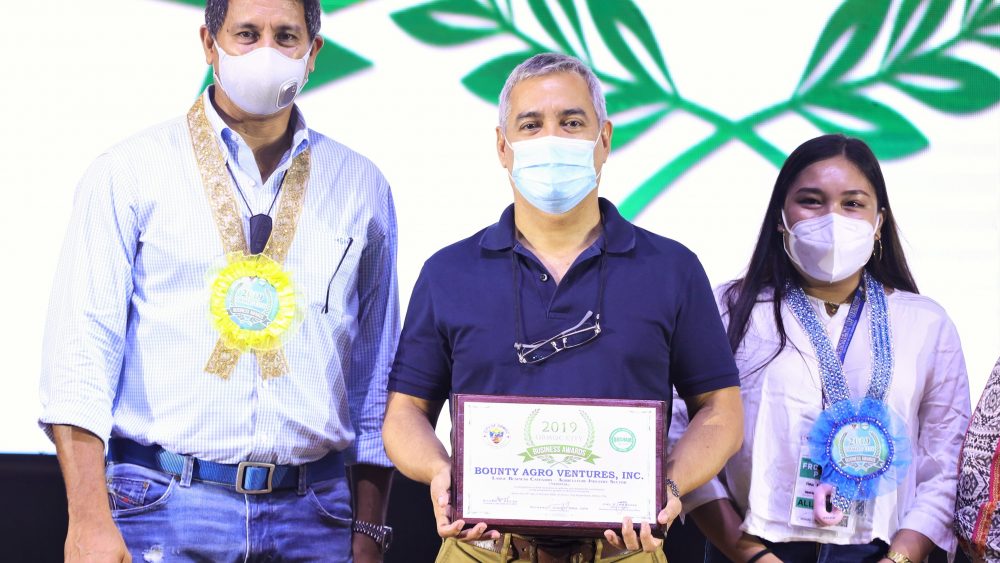 ORMOC CITY — Bounty Agro Ventures, Inc. (BAVI) has added yet another feather in its cap, this time a recognition from the Ormoc City Business Awards.

BAVI was hailed for its “exemplary achievements and contributions” to both the community and the economy of the city in Leyte in the 2019 edition of the event.

The company was the lone recipient of the Ormoc City Business Award in the Large Business (National) category for the agriculture sector.

“We are deeply honored to receive this award,” said BAVI president Ronald Mascariñas. “This is a testament to BAVI’s commitment to supporting Filipinos by creating jobs and livelihood opportunities, in addition to providing them with healthy food — particularly, our Zero Antibiotics chicken.”

The Ormoc City Business Awards is an annual event organized by the city government and the Ormoc City Chamber of Commerce and Industry, Inc. (ORCHAM).

BAVI was awarded thanks to its continued support to Ormoc’s community and economy even amidst the COVID-19 crisis.

The award was received by BAVI’s Ormoc Business Center head Martin Atayde, in behalf of Mascariñas, in the awarding ceremony inside the Ormoc Superdome last Friday.

Even with yet another award, BAVI vowed that it will keep at it. As the always amiable president put it, “Ormocanons and all Filipinos can rest assured of our continued support in these difficult times.”

BAVI has been serving the city for almost 20 years, and even set up the country’s first Chooks-to-Go store there.

In the past seven months, BAVI has been actively supporting Filipinos in fighting the COVID-19 pandemic. Currently it has given chicken that could serve about half a million people.

Less than two weeks ago, the company also received the Best Employer Brand Award (Philippines) from the India-based Employer Branding Institute and World HRD Congress. It recognized BAVI’s excellence in human resource management practices and in communicating it to stakeholders.

Bounty Agro Ventures, Inc. (BAVI) is the Philippines’ largest rotisserie chicken company, with over 1,700 stores nationwide. It is also part of the country’s second-largest poultry integrator. Its brands include Chooks-to-Go, Uling Roasters, and Adobo Connection.