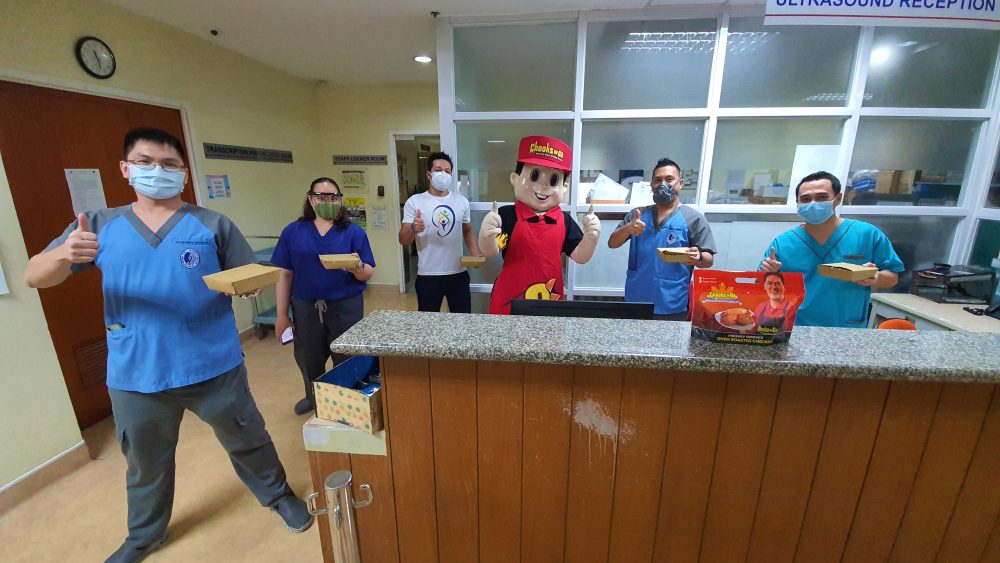 As healthcare frontliners across the country continue to fight the COVID-19 pandemic, Chooks-to-Go’s own frontliners match it with food support.

Recently the rotisserie chicken chain gave warm meals to frontliners at the National Kidney and Transplant Institute in Quezon City to honor and thank them for their dedication to duty.

Dr. Alvin Francisco, a radiologist and vlogger, expressed thanks for Chooks-to-Go’s generous support.

The food distribution was also part of the 23 “thanksgiving activities” in celebration of the 23rd anniversary of Bounty Agro Ventures, Inc. (BAVI), Chooks-to-Go’s parent company.

In the past six months, the company had also handed out chicken that could equal more than 400,000 meals.

Learning about BAVI’s Zero Antibiotics Chicken, Dr. Francisco also praised the company for its antibiotic stewardship, the drastic reduction of antibiotic use.

Aside from being the largest roasted chicken company in the country, BAVI is also the pioneer of Zero Antibiotics Chicken production in the Philippines.

BAVI commits itself to promoting a healthier Philippines by producing truly healthy chicken.