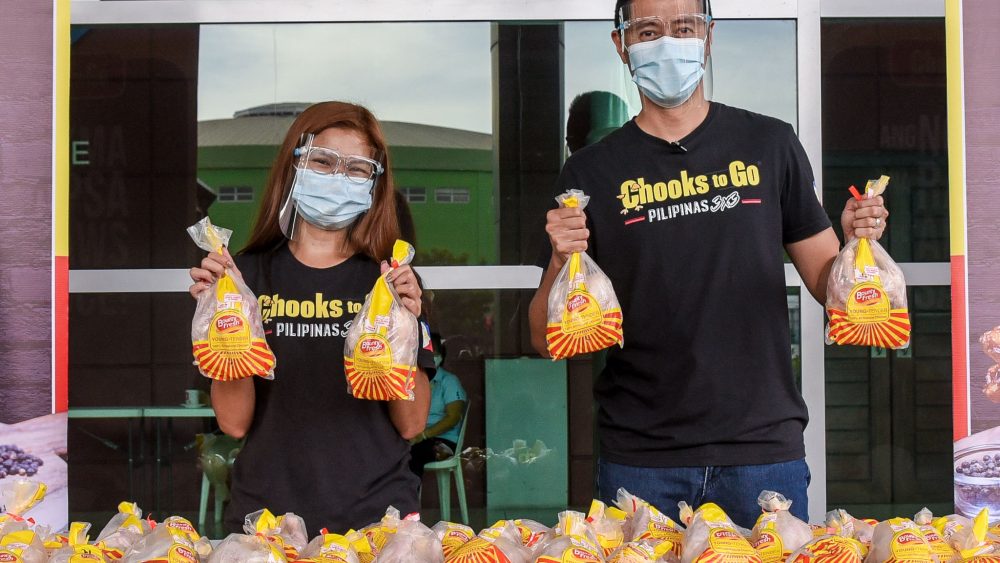 Now on its 23rd year, Chooks-to-Go operator Bounty Agro Ventures, Inc. (BAVI) owes much of its success to ordinary — and often unseen — heroes: healthcare workers, orphanage staff, jeepney drivers, teachers, and other frontliners in the fight against COVID-19.

Thus BAVI is celebrating its anniversary this month by giving back to these everyday heroes.

Throughout September, the company that is also behind Uling Roasters and Adobo Connection is giving away 23,000 kg of chicken to 23 sectors across the country.

This is on top of the 400,000 meal equivalents that it distributed to various groups in the past six months.

“We are deeply grateful to everyone who had been part of our company’s journey and the country’s fight against the pandemic,” said BAVI President Ronald Mascariñas.

“It is my hope that through this simple gesture of thanksgiving to them, we can inspire more people to be heroic in their daily lives as well.”

Among the more notable groups that received either dressed chicken or meal packs from BAVI were the following:

Bounty Agro Ventures, Inc. (BAVI) is the Philippines’ largest rotisserie chicken company with over 1,700 stores nationwide. It is also part of the country’s second-largest poultry integrator.

Below is a video summary of the chicken and meal distribution activities: