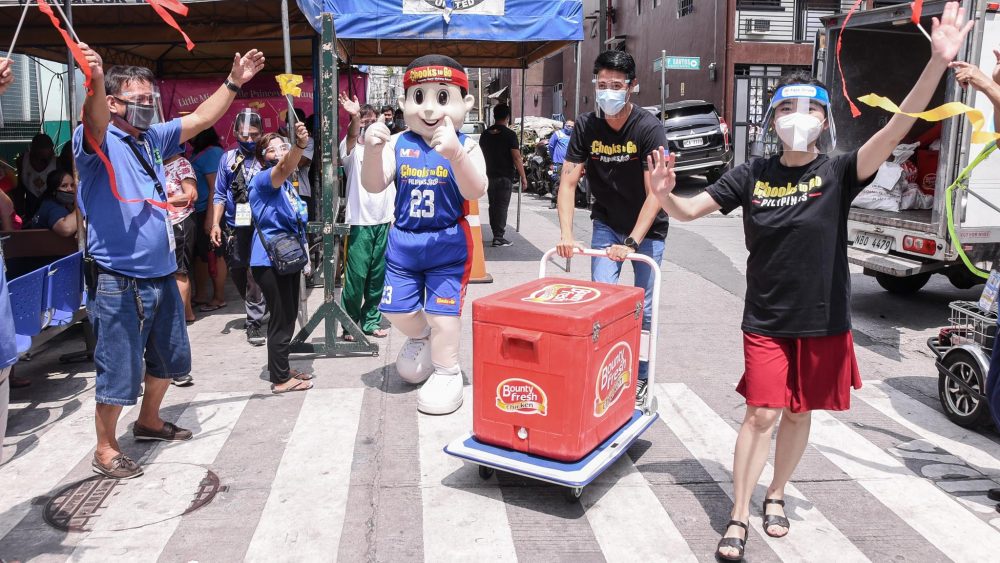 Members of Brgy. Bangkal Fire Emergency Rescue Disaster Support (FERDS) were the ones who reached out to Pingol to help a woman give birth along a sidewalk last month.

A video of the dramatic scene made the rounds on the Internet, gaining praise for Pingol.

Pingol also shared her thoughts on what constitutes a hero: “Lahat ng tao ay may capability na maging bayani sa kanya-kanyang paraan. Sa araw-araw, kaya rin nating maging bayani. [I believe] to be become a hero is to become a blessing to others, to make a positive change in others’ lives.”

Bounty Agro Ventures, Inc. (BAVI) President Ronald Mascariñas had earlier lauded Pingol, calling her an “inspiration and a model to every Filipino.”

“Even in a time like this, she still went out of her way to do her duty not just as a nurse but as a Filipino,” he said.

Also commending Pingol was Brgy. Bangkal Captain Dr. Mario Montañez II, who described her as a “huge relief to us during this time of pandemic.”

“Isa siyang treasure sa amin, being a resident sa aming barangay,” he said. “Nabigyan siya ng pagkakataon to showcase her talents and her generosity to help others.”