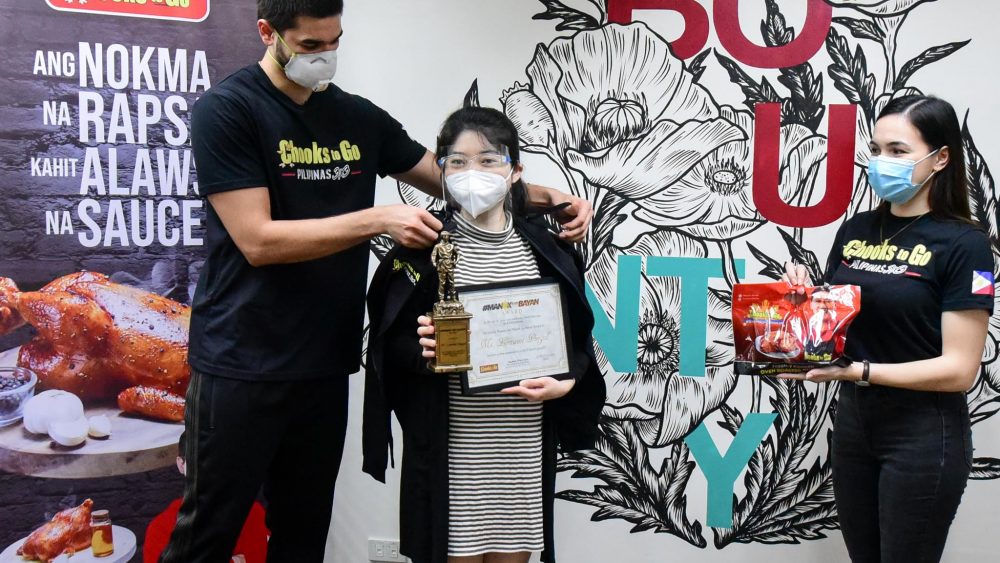 PASIG CITY — No matter how big or small the act is, a hero should always be recognized.

In a simple ceremony held at the Bounty Agro Ventures, Inc. (BAVI) headquarters in Pasig City, Lorraine Pingol was feted the Manok ng Bayan Award for her extraordinary work, heroics, and selflessness she showed, Saturday afternoon.

Her heroic act happened back in August 18 when the 29-year-old Medicard Philippines nurse was on her way to work.

When she passed by General Estrella Street and Osmena Highway in Makati City, Pingol saw Jeca Mae Rausa, 31, who was on the sidewalk and about to give birth.

With the nearest hospital being seven-kilometers away, Pingol did not hesitate to help. With her backpack still on, she facilitated the birth of a healthy baby girl right then and there.

The photos went viral and Chooks-to-Go ambassador Kobe Paras made sure that BAVI and its president Ronald Mascariñas recognize the act.

“I was browsing the internet when I saw what happened on Facebook. It inspired me since it was Lorraine’s day-off. Her vocation did not stop,” said the 22-year-old Paras.

“I immediately looked for a way to connect her and Bounty.”

Besides the award, Pingol also received a cash incentive and one-year supply of Chooks-to-Go chicken from Mascariñas.

“Lorraine should serve as an inspiration and a model to every Filipino. Even in a time like this, she still went out of her way to do her duty not just as a nurse but as a Filipino,” said the amiable executive.

It was something she did not expect.

“For me I just did what I had to do as a nurse. Mas marami pang tao na deserving na tawaging bayani, like our policemen and soldiers. And those medical frontliners who are working in the hospital,” she humbly said.