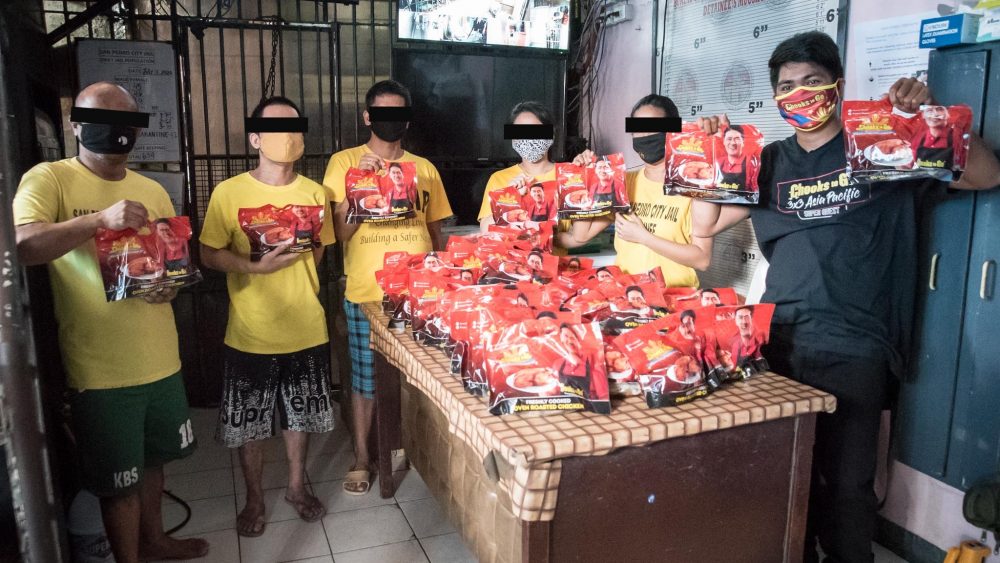 SAN PEDRO CITY, LAGUNA — When the police officers and the inmates of San Pedro City Jail asked for help, Bounty Agro Ventures, Inc. (BAVI) president Ronald Mascariñas did not hesitate to say yes to them.

BAVI, the company behind Chooks-to-Go, gave 200 packs of Chooks-to-Go oven-roasted chicken and 750 packs of hygiene kits to the city jail and its female dorm, Friday and Saturday morning.

And this was done because of one simple message by Supt. Ruelito Bobadilla to Ronald Mascariñas.

For Mascariñas, it is his duty as a Filipino citizen to immediately respond to the needs even of the convicted.

It is because just last May 21, it was reported that 22 inmates and four personnel contracted the coronavirus disease.

“When we read about what had happened there, we were looking for a way to help stop the spread of the virus inside San Pedro City Jail. Imagine if an outbreak happens there, it will be massive since it is a small area,” said the amiable executive.

Moreover, Mascariñas is a firm believer in “second chance.”

He made it a point that in BAVI, even people who served time must be given an opportunity to return in the workplace.

“We have a staff member in Bounty who has served us for the longest time in Rico Baning. He has served time before and has since been working with us. Truly, he made us believe that we can change lives,” shared Mascariñas.

The donations given by BAVI is a good first step into showing the inmates that there are still people who believe they are worth something.