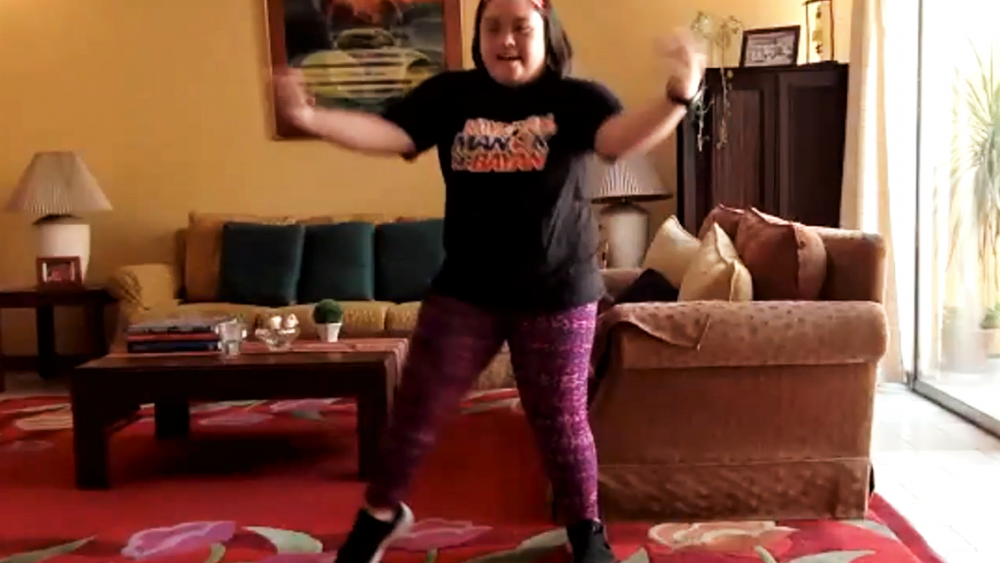 The online dance session gathered about 50 participants from various countries, including Singapore, Indonesia, Australia, Pakistan, and the US.

“This mini-event proves that when we choose to include people with intellectual disabilities — treating them as equals with unique skills — we can all gain a greater sense of community and humanity,” said Jaimie Natividad, Bounty’s HR group manager. “We all had fun and burned calories along the way. It’s truly a welcome activity for the participants amid the stress caused by the pandemic.”

The virtual dance session was part of Bounty and Special Olympics’ Kaya ‘Yan, Manok ng Bayan campaign, which aims to promote sports and inclusion, particularly in the workplace.

The campaign has also begun to recruit people with intellectual disabilities into Bounty, the first of whom was 21-year-old Henry Munarriz who now works as an administrative assistant under HR.

“We are grateful to Bounty for providing our athletes another way to keep themselves fit amid the lockdowns we’re experiencing all over the world,” said Kaye Samson, Special Olympics Asia Pacific consultant. “We are also happy to be sharing our athletes’ expertise with the company’s employees. This is proof that everyone — including people with intellectual disabilities — has talents that can benefit other people.”

The virtual event also awarded two best dancers, one from Bounty and one from Special Olympics. They each won P2,000.

Last April, the Kaya ‘Yan, Manok ng Bayan campaign was supposed to have its first training session for job applicants who have intellectual disabilities, as well as its second basketball clinic. But the lockdowns implemented in the country caused the events to be postponed indefinitely.

In 2018, BAVI was named the Most Innovative Company of the Year by the Asia CEO Awards.

Special Olympics is a global inclusion movement using sport, health, education and leadership programs every day around the world to end discrimination against and empower people with intellectual disabilities. Founded in 1968, the Special Olympics movement has grown to more than 6 million athletes and Unified Sports partners in more than 190 countries.

In the Asia Pacific region, Special Olympics has touched the lives of more than 1.9 million athletes across 35 countries. With the support of more than 1 million coaches and volunteers, Special Olympics, as a global movement, delivers 32 Olympic-type sports and over 100,000 games and competitions throughout the year.