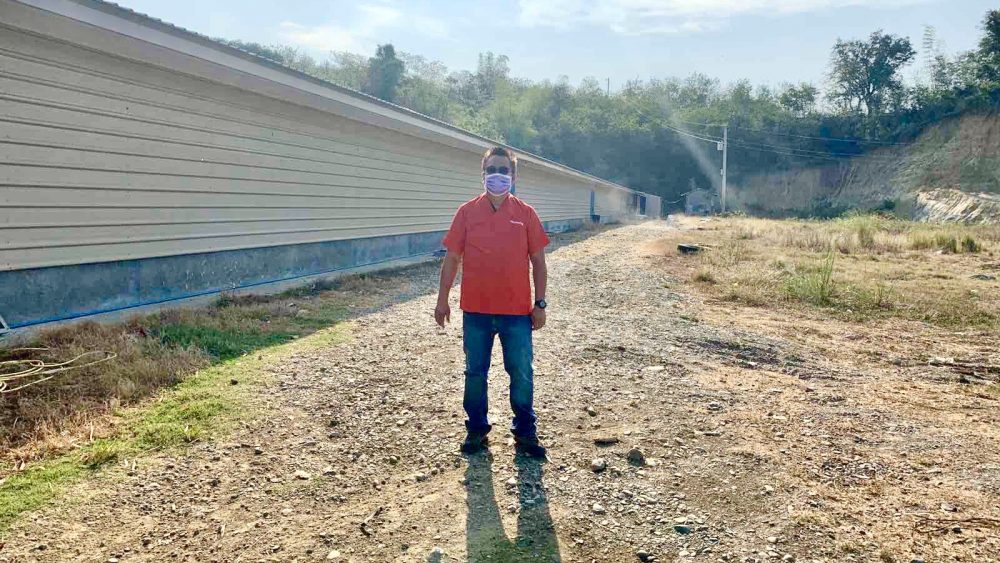 As part of the company’s contract growing personnel, he ensures that partner poultry farms receive their feeds and chicks on time and that they harvest fully-grown chicken according to plan. Otherwise there’s no chicken sales to talk about.

But these are no ordinary times.

Dr. Sare wakes up unsure whether certain towns in the region would still allow truckers from Tarlac to deliver chicks to farms under his care. At 5:00 am he ambles through his house, wondering if this or that farm’s personnel could still show up, knowing that some barangays are now denying entry to non-residents. At 6:00 am, he is ready to visit some of the 18 chicken farms assigned to him.

“It’s best to do the rounds early in the morning,” he says. “At that time, checkpoints are not yet congested. And you can get home earlier than 5:00 pm, when there’s hardly anybody outside anymore.”

For his routine farm checks, Dr. Sare drives to as far as Magsingal, Ilocos Sur (60 km from Batac). He considers himself lucky that his documentation allows him to go through most checkpoints easily. But there had been areas that refused entry to anyone coming from Batac.

“Some neighboring towns are now too afraid to allow entry even to essential workers of the food sector,” he says.

But the situation among contract farmers is direr and more edifying, according to Dr. Sare. Knowing that people need chicken for protein, they continue operating.

“Their biggest concern now is whether farm personnel could still come to work,” he says. “Because of the stigma against people coming from areas with confirmed infections, some of our personnel could no longer reach their farms.”

To overcome this challenge, some personnel have decided to just stay in their farms instead.

“That way, they make sure the chicken are raised well and there is less delay at checkpoints,” he says. “While they do get some hazard pay and practice strict sanitation measures, it’s one of the sacrifices our workers are making these days.”

For his part, Dr. Sare has also been making silent sacrifices, although he refuses to call them that.

“It’s my duty,” he says. “My job is to take care of our chicken, so people will have food to eat.”

When he comes home each day, and after carefully making all the safety precautions, Dr. Sare rests with his family certain only about one thing: “The future is still bright with opportunities. We will overcome this challenge together.”