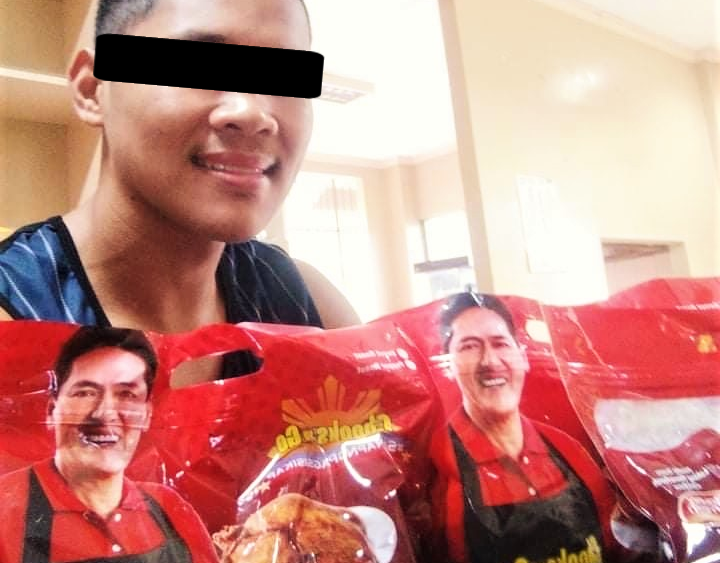 In their daily lives, people with intellectual disabilities (PIDs) struggle to live normally. The hardships they face include discrimination and having to contend with complicated or ‘inaccessible’ information.

It gets worse during calamities. In such events, they are often forgotten, especially if they live alone. They are left out, struggling on their own, with little clue on what’s going on.

For one person with intellectual disability — 26-year-old Albert (not his real name) — the struggle reached a peak last week.

Having just moved into a new apartment in Iloilo City, Albert had been living alone since he got discharged from an orphanage some years back. For years now, he has been accepting odd jobs, where he gets minimum income. He had some luck recently, when an organization sponsored him to join the Palarong Pambansa; he would receive some allowance and get free athletics training.

The Palaro was called off; a community quarantine was declared.

Albert knew no one in his new neighborhood. His relatives were also either physically distant, or have abandoned him like his mother did when he was young (his father died years later). And Albert hadn’t stocked up on supplies to last him the quarantine period. He was in panic.

“I just wanted to check on them, to see how they were,” she said.

Special Olympics Philippines is BAVI’s partner in the Kaya ‘Yan, Manok ng Bayan campaign, which offers PIDs training in job applications and basketball, as well as job opportunities in the company.

When Kaye called Albert, she heard desperation. Albert couldn’t get a proper meal; he’s just been eating bread, because all nearby food stores had already closed. Albert was left to his own. Even other residents at his apartment had gone home to their respective towns. Albert had nowhere to go.

Kaye immediately called BAVI. She knew the company had been giving food support to frontliners and stranded students.

Kaye couldn’t believe her luck when her request was attended to very quickly. There was a complex process of locating Albert, partly because Albert had difficulty identifying his location. But in less than two hours, Chooks-to-Go was able to give Albert an initial batch of roasted chicken.

“We all saved a life today!” said Kaye on her Facebook post. “He may not have the virus, but he was suffering alone, too.”

Kaye explained why having helped a PID was significant:

“People with intellectual disabilities (PIDs) are always the last to receive help, and the reasons are (1) society only sees those whose conditions are physically obvious, (2) society thinks PIDs don’t really need help because…it’s [mistakenly supposed as] a sickness that affects only the rich’, and (3) PIDs often are unable to ask for help due to processing and planning challenges, communication challenges, low self-esteem, and fear of being rejected,” she wrote. “It’s sad. It’s scary.”

While all events related to the Kaya ‘Yan, Manok ng Bayan campaign have been canceled due to the COVID-19 pandemic, BAVI remains committed to the welfare of PIDs. The company recognizes their inherent dignity, unique abilities, and need for extra help in times of difficulty.