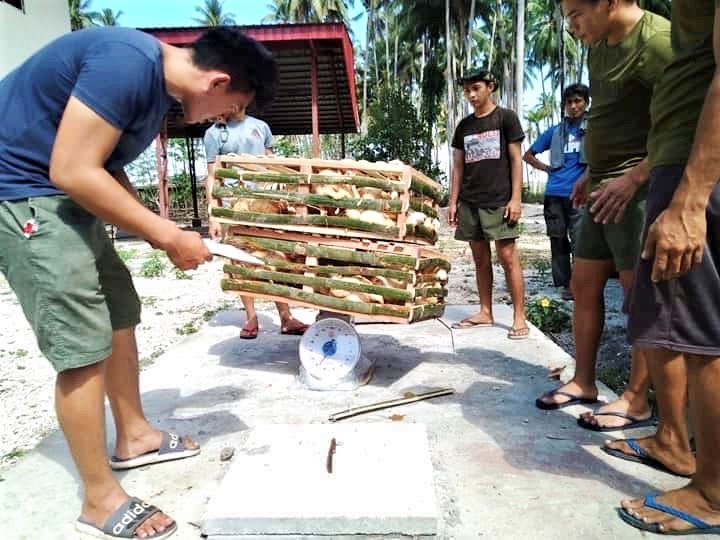 What used to be an area where violence was the norm is now a scene of cooperation and peace.

On March 17, our team based in Zamboanga City went to Sulu to make the first harvest at BAVI’s first-ever poultry farm in Parang town.

Parang residents also got themselves involved in the business venture. Forming a cooperative, locals built a makeshift slaughterhouse to process the farm’s harvest.

According to Zamboanga Business Center head Nilo Barrete, the first harvest has been “successful and proves to be really promising.”

In his Facebook account, BAVI president Ronald Mascariñas praised the team for being a beacon of peace and inclusive growth in Sulu.

“What a beautiful sight to see the military and rebel returnees working together in a business enterprise,” he wrote.

In another post he published in February, Mascariñas noted that there are “serious risks involved in investing in conflict zones. But we at BAVI believe that peace does not come without risks and that its rewards go beyond mere economics. We choose to invest in peace as a way of life, and not just as a matter of good corporate citizenship,” he said.

Mascariñas also commended BAVI personnel who handled the new facility. “This kind of cooperation and smooth business operations amidst war and conflict in Sulu would not be possible without them,” he said.

Known for partnering with independent poultry farms across the Philippines (now numbering close to 400), poultry integrator BAVI shares its success with small poultry farmers in the rural areas. This is one of the ways the company strives to promote inclusive progress among Filipinos.