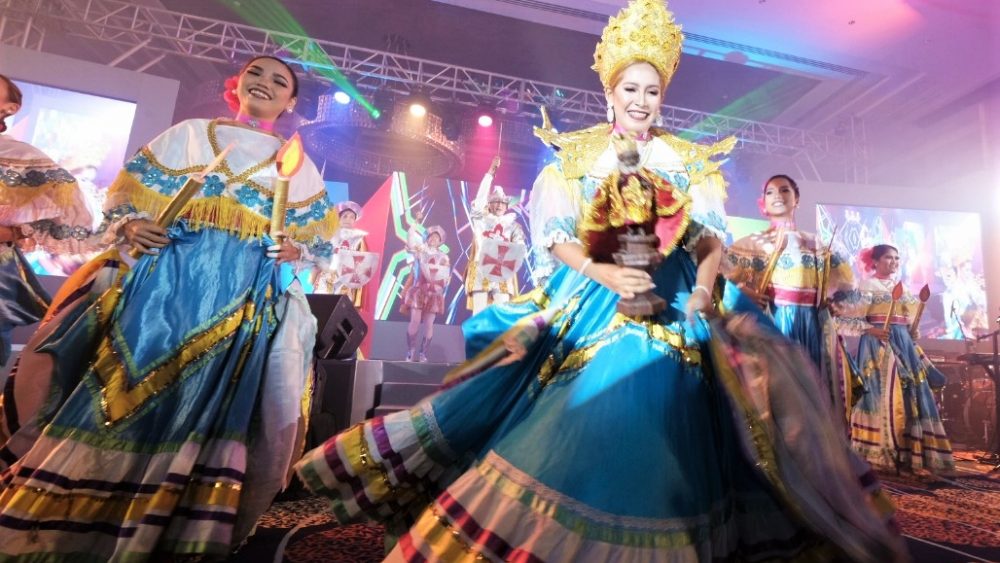 MANDAUE CITY — The first of three iterations, our festival-themed Thanksgiving Party in the Visayas region gathered more than 300 employees in a night of glamour and gratitude, February 28.

The awards night filled Bai Hotel’s grand ballroom to the brim, with our people dressed in their best Filipiniana attire.

The night’s grand winners included the Champion Most Outstanding Management Trainee — Christian Tobio of Tacloban Business Center — who received P100,000, among other rewards.

Other special awards at the party were the Ginoo at Binibini ng Gabi (best dressed couple), which were given to Dr. Irene Mae Limson of Bacolod Business Center and Joseph Vincent Penafort of Iloilo Business Center.

View the full list of Visayas awards at bitly.com/thanksvisayas.

In his message that was read at the event, BAVI President Ronald Mascarinas thanked the employees for their “passion in integrating hard work and high purpose that has turned our business into a vehicle for the fulfilment of our highest hopes and dreams as individuals and as corporate body.”

Upcoming Thanksgiving parties will be in Cagayan de Oro (March 6) and in Pasay City (March 20).

BAVI is committed to developing its people and giving them due recognition. The company has been giving employees more and more awards, from just 136 in 2018 to 639 this year.

According to Vice President for Legal, HR, and Corporate Administration Atty. Nedo Sasing, BAVI takes its rewards and recognition program seriously. This has been among the many reasons the company earned the Gold Accreditation from Investors in People last year.