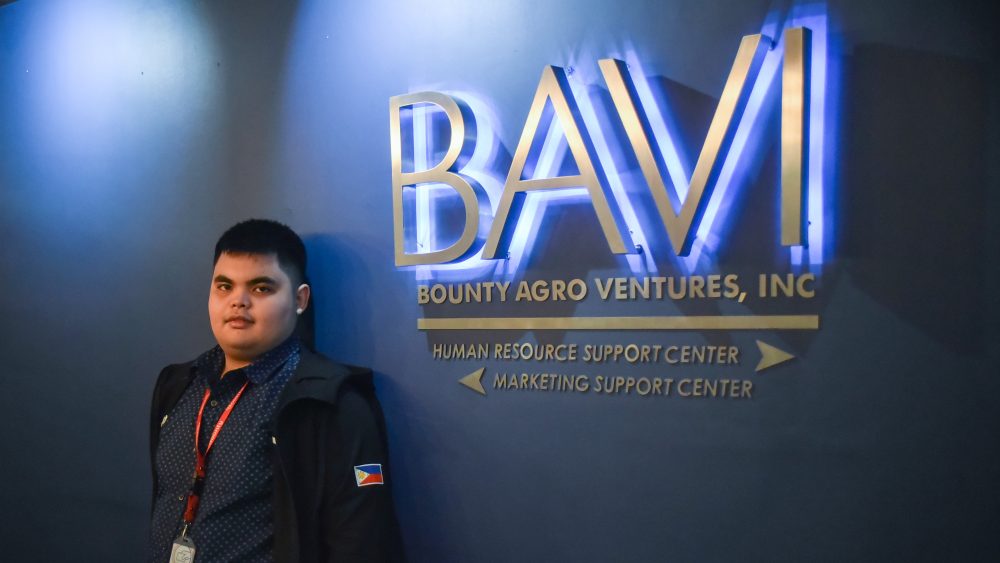 In pursuit of fostering a more inclusive workplace, Bounty Agro Ventures, Inc. (BAVI) has welcomed its new HR administrative assistant, 21-year-old Henry Munarriz, who is on the autism spectrum. He is the first person with intellectual disability (PID) employed by the company.

With certifications in electronics and robotics, Henry will start working on January 6. He is also an international weightlifting athlete.

To equip its workforce with the necessary perspective on PIDs, BAVI has also begun conducting orientation sessions on working with PIDs.

More such sessions are expected in the coming months as the company launches a program to employ PIDs nationwide.

“We will be hiring PIDs and other people with disabilities this year and embrace them as part of our productive workforce,” said BAVI President Ronald Mascariñas.

Opening opportunities for Filipinos with disabilities is true love of country as well, he added.