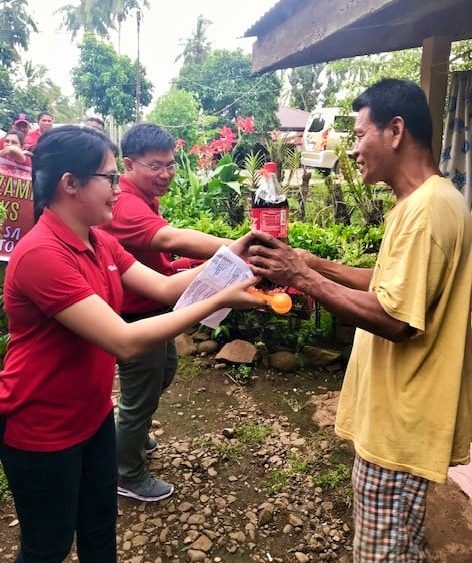 Instead of receiving donations from the households, they were the ones giving gifts to the families they sang carols to.

According to Ozamiz Business Center Head Liberato Lenon, the gesture of singing carols and giving simple gifts to our countrymen is significant when done from the heart. The activity also gave BAVI employees an opportunity to reach out to the people they serve, he said.