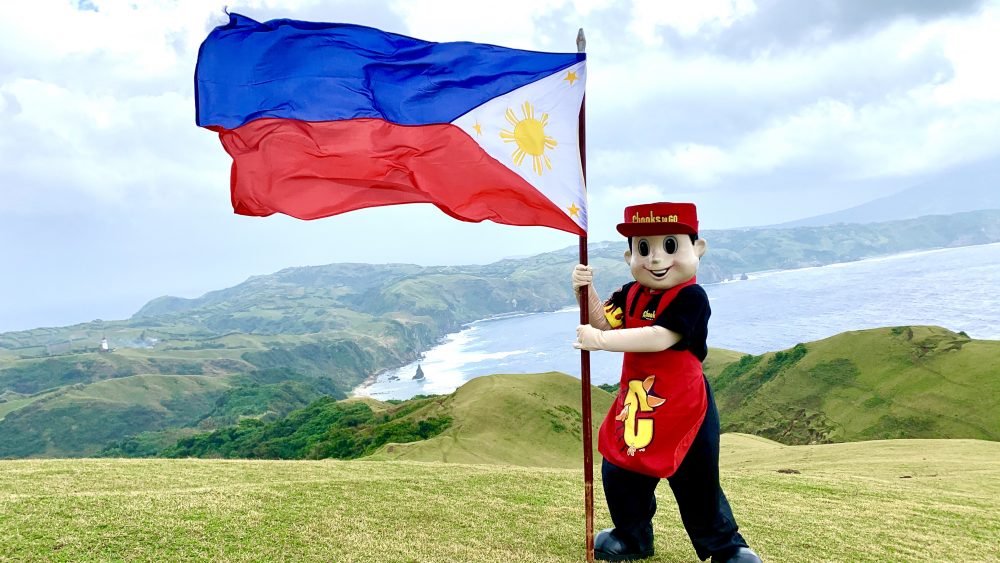 The Maging Magiting Flag Campaign reached the farthest end of the Philippines — picturesque Batanes province — to complete its goal of distributing 10,000 flags to schools and police precincts, December 12.

The Batanes leg of the campaign came after the one in Tawi-Tawi, the country’s southernmost island, only a week ago.

The Maging Magiting Flag Campaign started in January and has been visiting cities and municipalities of all the country’s 17 regions. It has been to Bulacan, Batangas, Bacolod, Iloilo, Cebu, Tacloban, Cagayan de Oro, Davao, Butuan, General Santos, among others.

In his speech to the Batanes’ educators, BAVI’s Tiangco stressed the importance of teachers in inspiring patriotism among the youth. He also emphasized that heroism can be done in one’s daily life: with the hard work that ordinary Filipinos practice everyday.

As a token of appreciation for the locals’ hospitality, BAVI’s Chooks-to-Go gave away its iconic oven-roasted chicken to the teachers and police officers.