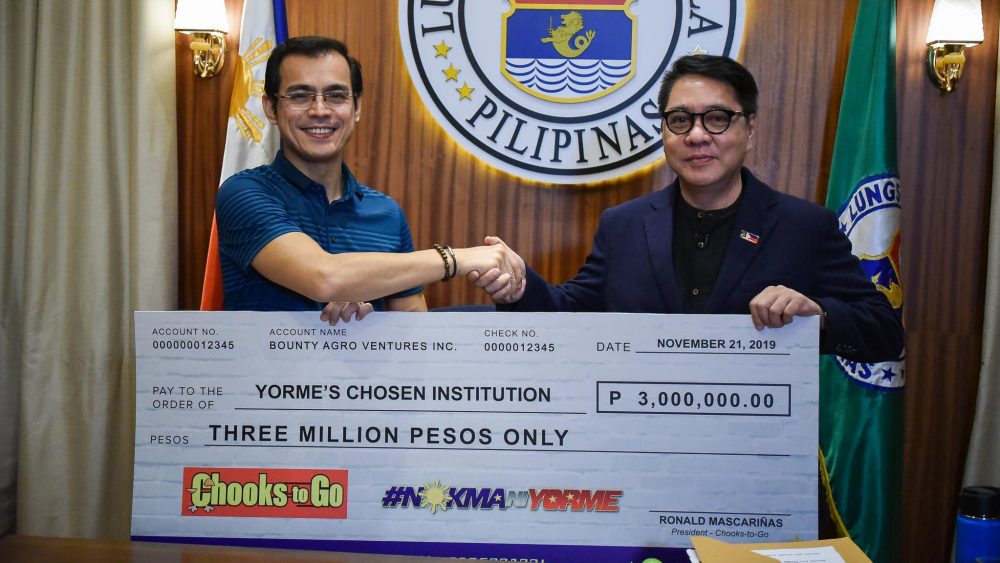 As expected, Yorme (as he is fondly called) will be donating his 3-million-peso talent fee to a charitable organization.

“Everybody had fun bantering with Mayor Isko Moreno of Manila,” said Mascariñas in his Facebook page. “Yorme exuded warmth welcoming the BAVI team that called on his office in support of his projects for the City of Manila.”