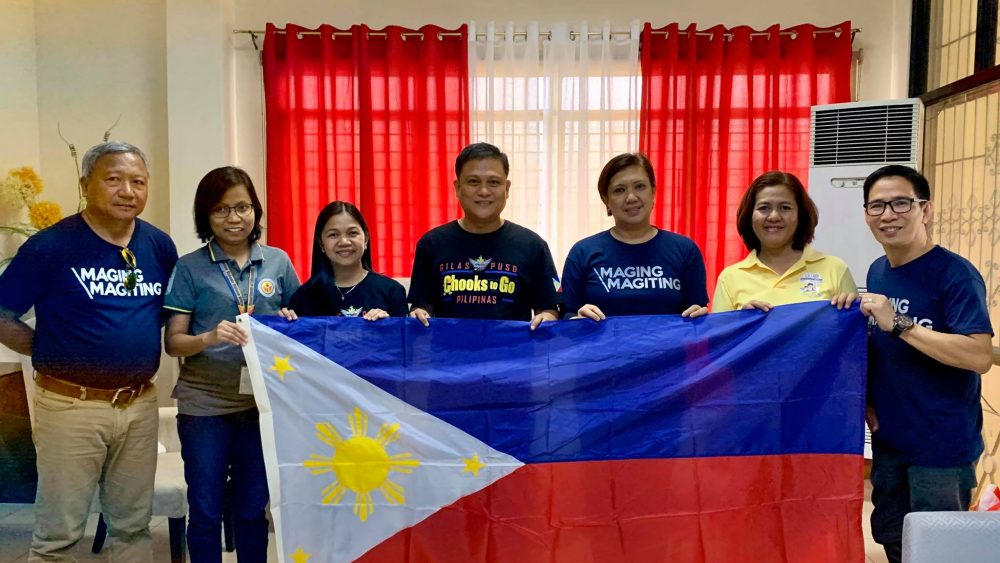 The Maging Magiting Flag Campaign aims to promote love of country by distributing 10,000 flags to public schools and police precincts nationwide. The campaign has previously been to more than 10 other cities and municipalities across the Philippines.