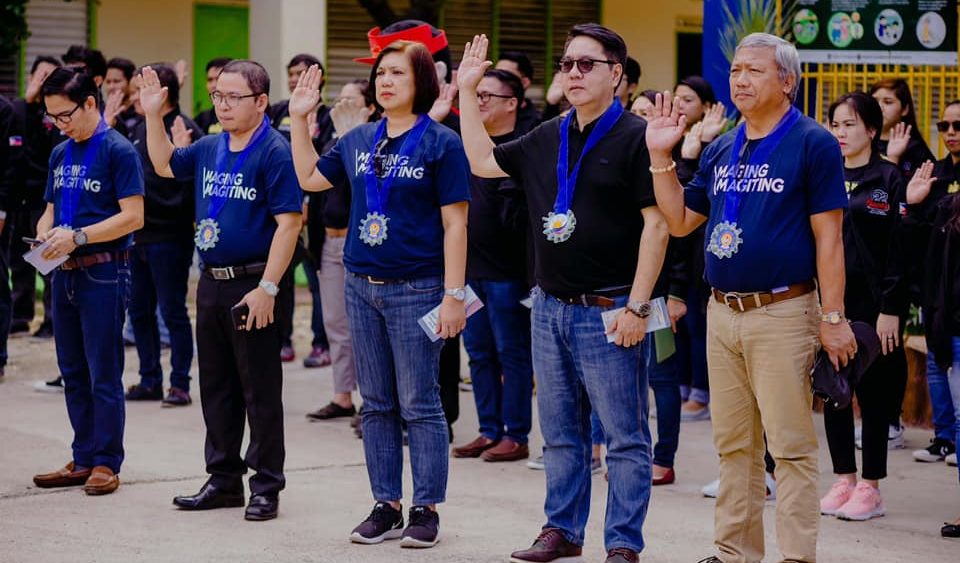 The activity was part of the Maging Magiting Flag Campaign, which aims to give 10,000 flags to public schools and police precincts nationwide by December.

A staunch advocate of patriotism, BAVI’s Chooks-to-Go has been traveling around the country with the campaign partners to pursue its goals. Previous flags distributions include those in Davao, Bacolod, Tacloban, Batangas, Bulacan, and Cagayan de Oro.

In his speech, Mascariñas thanked the project initiators and exhorted teachers and students to value love of country.

“In order for us to be a strong country,” he said, “kailangan na ang mga mamamayan mahal ang ating bayan.”