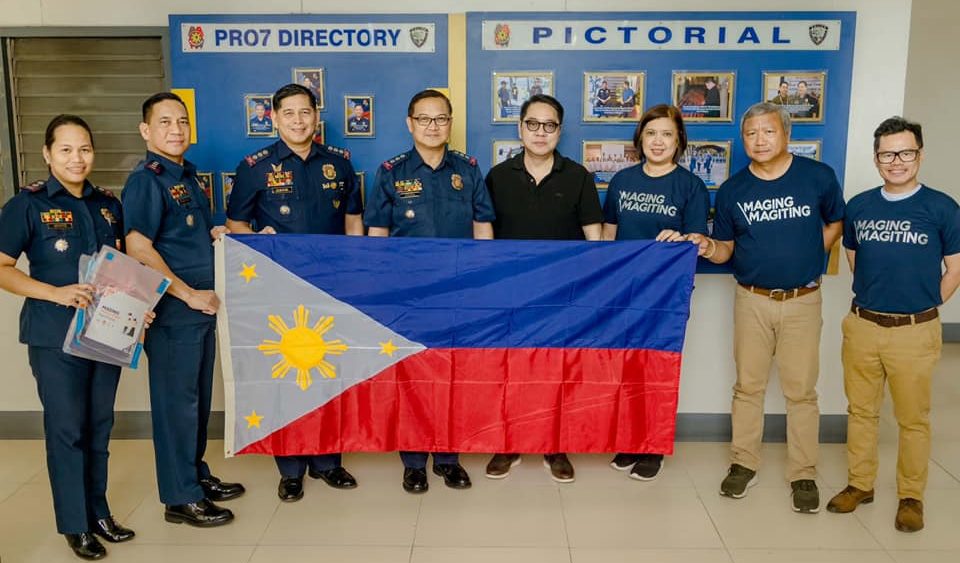 One hundred sixty-six Philippine flags were turned over to the Police Regional Office (PRO) 7 at Camp Osmeña, Cebu City, as part of the Maging Magiting Flag Campaign, Nvoember 8.

The Maging Magiting Flag Campaign aims to distribute 10,000 flags to police precincts and public schools by December this year.

A staunch advocate of patriotism, BAVI’s Chooks-to-Go has been supporting the campaign since the start of the year, visiting more than 10 cities and towns across the Philippines.

In the meeting with Cebu police, Mascariñas assured officials of Chooks-to-Go’s support in better engaging police officers, who are examples of true love of country.