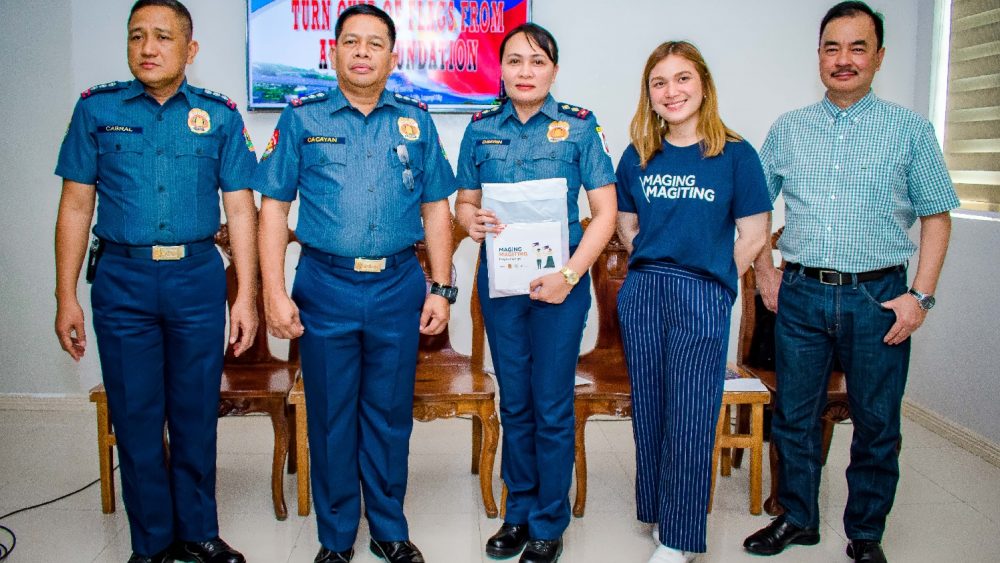 One hundred fifty flags were turned over to the Regional Police Office V yesterday at Camp Ola, Legazpi City, as part of the Maging Magiting Flag Campaign.

“We at Chooks-to-Go are reminding everyone that being magiting is possible even in our ordinary duties,” Tiangco said. “One does not need to fight to the death in order to be a hero. That is actually what we have learned from the people who buy our chicken. Ordinary people like nurses, farmers, construction workers, police officers…who bring home our litson manok na masarap kahit walang sauce, after a hard day’s work, for love of family and country. We believe they are heroes, too – and they inspire us to be better at what we do at Chooks-to-Go.”

The Maging Magiting Flag Campaign aims to promote love of country by distributing 6,000 flags to schools and police precincts nationwide this year. The campaign has been to 12 cities and municipalities so far, including Davao, Iloilo, Tacloban, and Quezon City.