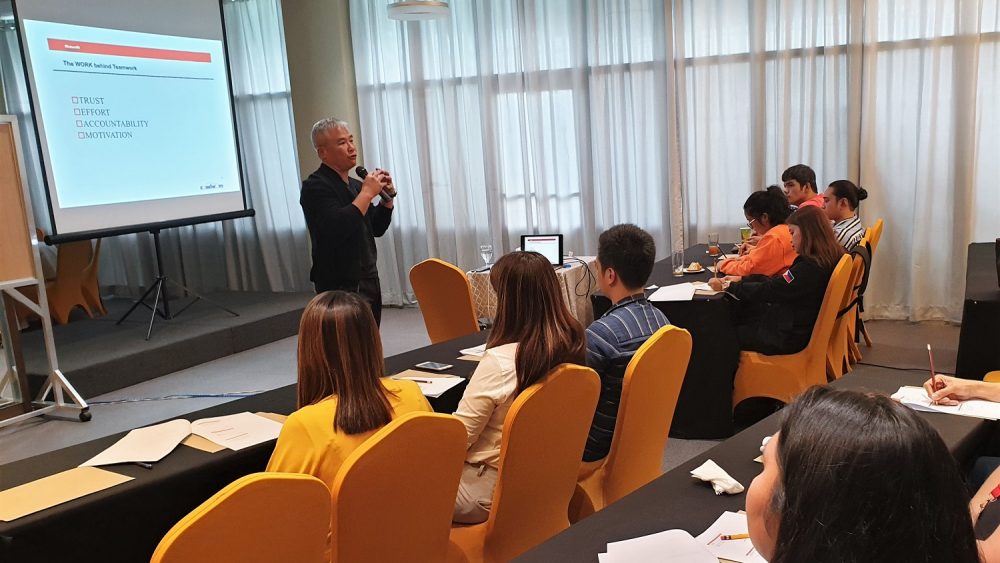 Twenty-three members of the Product Development Support Center took part in the half-day session composed of discussions and interactive activities.

The Six Thinking Hats framework states that people can solve a problem by thinking about it in various ways or styles – or “hats”. The white hat focuses on data gathering, red hat on emotional responses to problems, black hat on negative outcomes, yellow hat on positive outcomes, green hat on creativity and innovation, and the blue hat on process control.

The facilitator, Coach Chot Reyes, is famous for being the head coach of Gilas Pilipinas in its historic silver-medal finish in the 2013 FIBA Asia Championship. He also led the team during its appearance at the 2014 FIBA World Cup — the Philippines’ first in 36 years.

BAVI strives to develop its employees holistically, and giving workshops such as the one given by Reyes is just one of many ways. A recipient of the Gold Accreditation from people management consultancy firm Investors in People (IIP), BAVI is excels in giving its people the best professional and personal development.