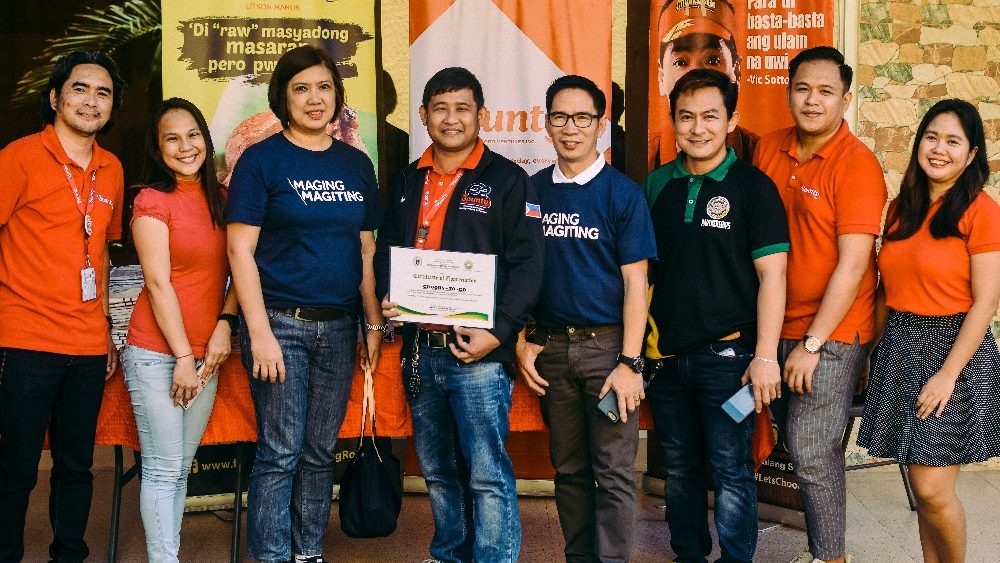 Bounty Agro Ventures, Inc. (BAVI) has turned over more than a hundred flags to the Department of Education General Santos City Division as part of the Maging Magiting Flag Campaign, October 17.

The Maging Magiting Flag Campaign aims to promote love of country by distributing 6,000 flags to schools and police precincts nationwide this year.