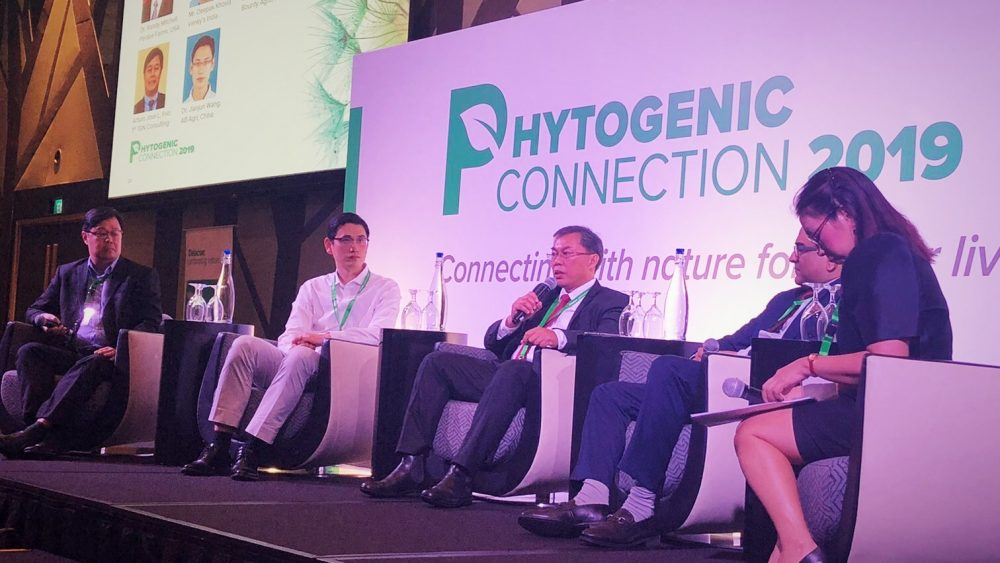 BAVI on Par with Global Standards in Antibiotic Stewardship

Not only is Bounty Agro Ventures, Inc. (BAVI) the first and only poultry integrator in the Philippines that produces No Antibiotics Ever (NAE) chicken, it is also on par with global standards in antibiotic stewardship.

This was the conclusion derived by BAVI’s Senior Vice President for Animal Health and Feed Milling Operations Dr. Erasmus Paderes, who spoke at the Phytogenic Connection conference in Singapore, October 11. The international convention was organized by Delacon Biotechnik, an Austria-based multinational feed additive company.

According to Dr. Paderes, Delacon’s Peter Oostenbach reported that the 2017 average overall use of antibiotics in animals in the United Kingdom (UK) was 37 mg/kg – among the lowest in Europe. Meanwhile, in the same year, BAVI’s use of antibiotics had decreased to 43 mg/kg, making it on par with its European counterparts.

BAVI had been reducing its antibiotics use over the years to combat antimicrobial resistance (AMR). It was in 2017, however, that it became the first to implement an NAE program, dramatically cutting antibiotics use by 48% compared to 2016. In 2018, the company’s antibiotics use was further slashed to 29 mg/kg – even lower than UK’s average in 2017.

Dr. Paderes mentioned that producing NAE chicken is now a global trend in the poultry industry. “Growing healthy chicken without antibiotic will definitely help us in our fight against AMR, which can be fatal to humans.”

At the conference, Dr. Paderes shared BAVI’s experience as a proponent of NAE chicken in the Philippines, which does not yet have national legislation regulating antibiotic growth promotants (AGP). Close to a hundred participants, including animal health and nutrition experts from all over the world, convened at the event.

“The key to our success in NAE production is the unwavering support and encouragement of our BAVI President Ronald Mascariñas and the most competent and highly motivated Technical Team members working as one in pursuit of excellence in broiler production,” he added. “Our core values, leadership brands, and training programs have also kept us excited about working to innovate and do our best.”

An innovator through and through, BAVI was named Most Innovative Company of the Year by the Asia CEO Awards last year.