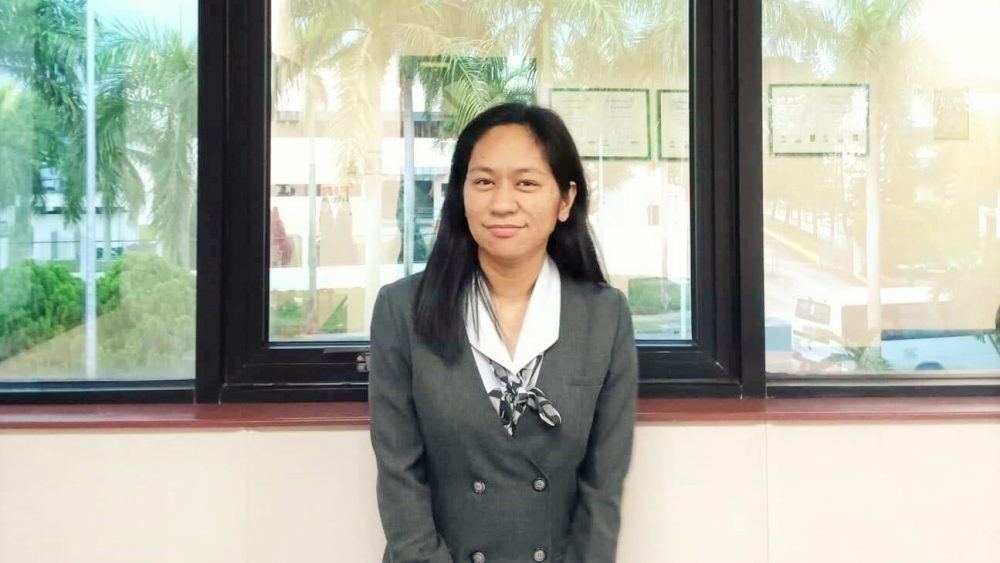 It was Valentine’s Day, but our feed mill assistant manager Edryan Guevarra, 37, had no plans of taking his wife out to dinner. For three days now, his 35-year-old wife, Leah, was suffering constant pain in her head and often vomited.

They went to hospital – in Los Baños, Laguna – but doctors could do little to soothe Leah’s pain. Soon Leah also started to become cross-eyed and was losing her eyesight. The doctors ordered her to undergo CT and MRI scans immediately.

The diagnosis: Leah had a tumor in her pituitary gland. The mass was also pinching her optic nerves, which impaired her eyes.

The doctors advised to have the tumor reduced immediately to prevent it from blinding Leah (totally removing the tumor could be fatal). The surgery would cost upwards of P500,000; medicines and tests and doctors’ fees were another set of expenses.

The Guevarras didn’t know what to do.

In the meanwhile, Edryan’s manager had already informed HR and upper management about Edryan’s situation. They decided to provide assistance to Edryan through BAVI’s Sagip Fund, which aims to help employees in dire need. So, even before Edryan could collect his wife’s medical abstract and invoices and write a request letter to HR, he was already told that help was on the way.

Edryan couldn’t believe it at first. He was given P300,000 unconditional assistance and additional P300,000 zero-interest loan payable for five years. Edryan was convinced he couldn’t get that much help in a different company.

Leah underwent surgery at the University of the East Ramon Magsaysay in Quezon City on February 26. Her eyesight was saved. But since the much of the tumor still remained, she still needed to undergo gamma knife surgery. It was another expense the Guevarras had to save up for.

“Our president, Ronald Mascariñas, told me the company is still willing to give me additional assistance for the gamma knife operation,” Edryan said, “and that really comforted me. I’m deeply grateful for his and the whole company’s generosity.”

But Edryan didn’t ask for the additional aid anymore. Help he received from other sources was already sufficient.

After her gamma knife surgery last July 12, Leah is now back at work, crunching numbers as accounting supervisor at an electronic parts company in Laguna. Edryan never thought this would be possible so fast – but it did happen, thanks to BAVI’s Sagip Fund.