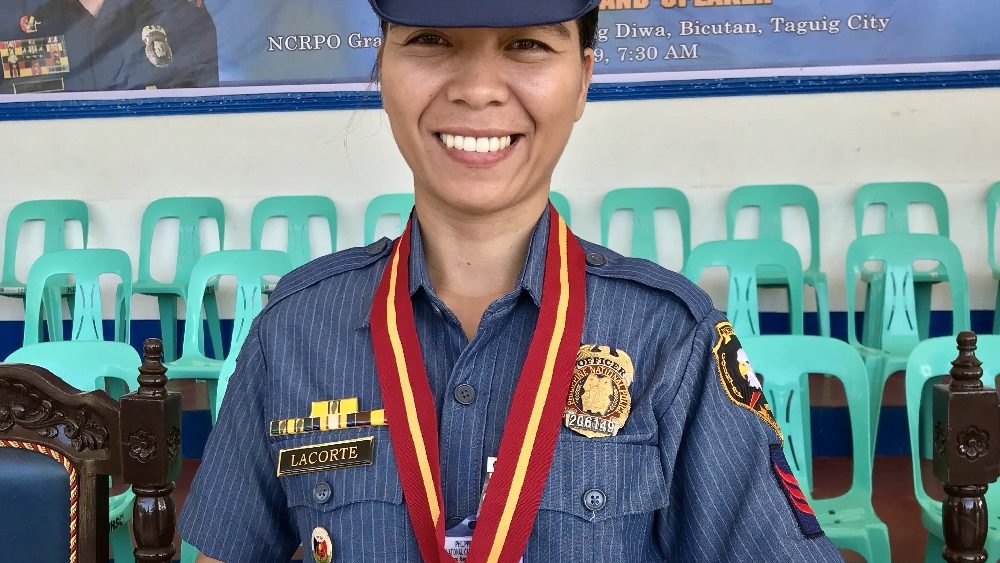 Police Staff Sergeant Raquel Abillana Lacorte was awarded for having won the gold medal in the Individual Kata Event and Individual Kumite Event (Karate) at the World Police and Fire Games in Chengdu, China, last August.

Pulis Magiting is an award given by the Philippine National Police and the Maging Magiting Flag Campaign partners to exemplary police officers, who have brought honor to the country or have made heroic acts beyond the call of duty.

An athlete since high school, Lacorte has been actively competing in local martial arts competitions. Last August’s win was her first international award.

Lacorte is set to compete in a local competition soon, and much later in yet another tilt in the Netherlands.

BAVI is committed to supporting law enforcers who give sterling examples of what a patriot is. Starting last July, the company has been distributing flags to police precincts nationwide as part of the Maging Magiting Flag Campaign of Ayala Foundation, in partnership with the National Historical Commission of the Philippines.