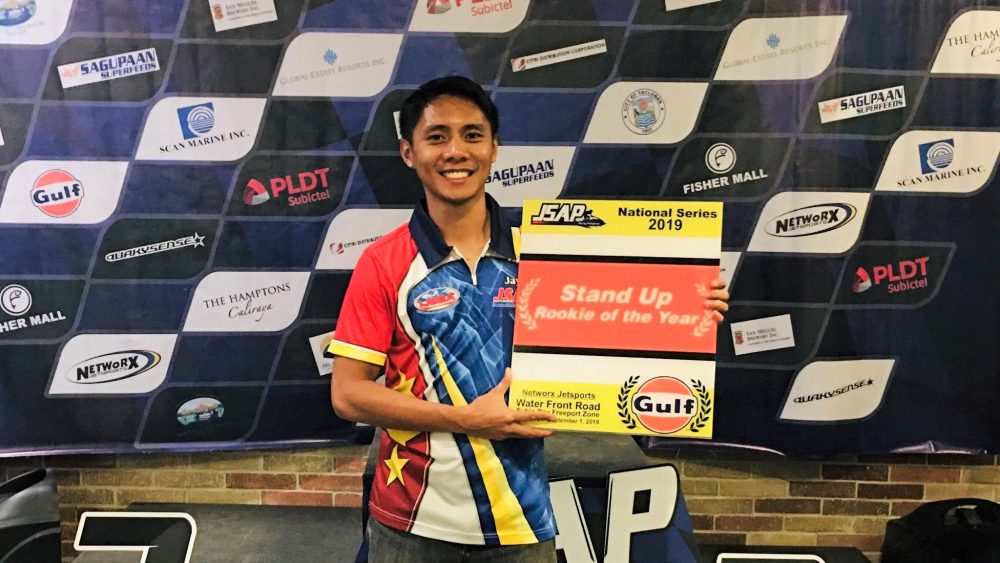 Our management trainee (MT) from General Santos City Business Center was named Rookie of the Year in the recently concluded Jet Ski Association of the Philippines (JSAP) National Tours in Olongapo City, August 31.

Aside from being Rookie of the Year, 30-year-old John Jay Pontino was also declared national champion in the Novice Stand-up Stock Class and 1st runner-up in the Amateur Stand-up Grand Prix Class.

A national winner like his father in the 1990s, Pontino competed against 80 other jet ski racers from all over the Philippines. The annual jet ski tournament had included legs in General Santos City, Tacloban City, and Cavinti in Laguna from February to August.

Pontino started training for jet ski competitions in 2017. He said joining the competition amid his frenetic schedule as MT was tough.

“I wanted people to know that work-life balance is possible,” he said. “We should not forget to give importance to health and fitness even if we are busy at work.”

As MT, part of Pontino’s duties is making sure the stores under his care have good sales performance and pass all store quality audits.