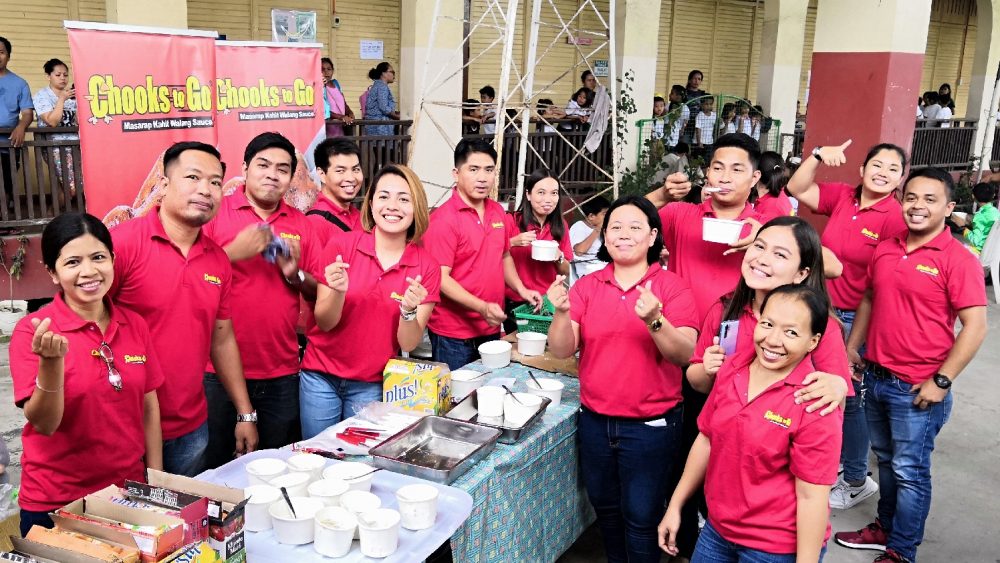 As part of the school’s Brigada Eskwela program, which began in May, the feeding program aimed to alleviate hunger experienced by the school’s underprivileged pupils.

Aside from parlor games, the feeding program also included a flag turnover ceremony between BAVI’s operations head in Cebu, Alward Espina, and MCCS school principal Dr. Alma Bardoquillo. The flag donation is part of the Maging Magiting campaign of Ayala Foundation, in partnership with BAVI’s Chooks-to-Go, Department of Education, and National Historical Commission of the Philippines.

BAVI first partnered with MCCS in 2016 in the annual Brigada Eskwela, where they assisted in repainting and cleaning classrooms. The company also helped Mabolo National High School in the same program that year.