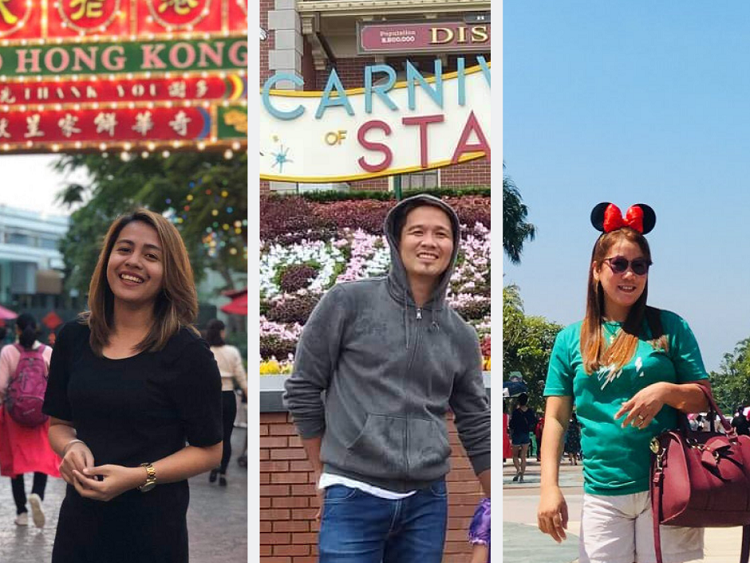 After being recognized last December as part of the 2018 Circle of Excellence, Bounty Agro Ventures, Inc.’s (BAVI) top management trainees (MTs) recently spent their reward: a tour around Hong Kong or Singapore.

The awardees were the following:

All spent their reward in Hong Kong, except Bienvenido who spent it in Singapore. Second-time winners such as her are given the option of going to either Hong Kong or Singapore.

The Circle of Excellence awardees each received four-days-and-three-nights accommodation plus P25,000 pocket money. The Outstanding Management Trainee, on the other hand, received an extra P20,000, while the Champions received an extra P50,000.

To be part of the Circle of Excellence Award, the MT must have an average total score of at least 90% in the Store Quality Audit. To be named Champion (first place), Most Outstanding MT (second place), and Outstanding MT (third place), one must not only score at least 90% in the Store Quality Audit, but also achieve a minimum of 100% improvement in Rotisserie Sales Accomplishment versus Average Daily Sales of the previous year.

According to Human Resource Management Group Manager Jaimie Natividad, the rewards show BAVI’s commitment to recognizing and rewarding employees who perform well for the company.